Subject centered curriculum is the oldest and the most widely accepted form of curriculum organization. The earliest example of this sort of organization is the seven liberal arts in the schools of ancient Greece and Rome and in the monastery and Cathedrals of the middle ages in the Medieval Era.

These subjects were broad. The seven liberal arts do not conform precisely to modern subjects having the same titles: In the modern period the Trivium was further divided to include literature and history and the quadrivium to include algebra, trigonometry, geography, botany, zoology, physics and chemistry. In this manner subjects went on being added one after the other so much so that in 1930 there were over 300 distinct subjects of instruction.

Any relationship which may exist between two or more subjects is left un-noticed by a teacher who always try to think about his own courses. The vast increase in content of all areas of life has introduced the necessity of specialization in an educational programme. Thus we find it necessary to train teachers relatively in small areas of human knowledge but they remain ignorant in other areas. The subject curriculum has also led to the acceptance of subject matter as the main goal to be achieved in education. This has caused great emphasis to be given to such tasks as definition, classification and memorization. Application, analysis and problem solving have been largely neglected. 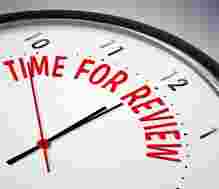