Human migration is the movement of people from one place to another and the intentions of settling to the new location can either be permanent or temporary. This type of movement usually covers a long distance, probably from one country to another.

Nomadic movements are not considered as migration as their intention is not to settle in any new place but it’s all seasonal. Infact, there are very few nomadic people following this form lifestyle in this modern era.  If people move temporary for pilgrimages or tourism this will not regarded as migration because the intention is to live or settle.

There are many types of migrations and many people are not aware of these types. Below we have discussed the most common ones:

There are certain pull factors and push factors that become the cause of movement. Let’s explore them:

Pull factors: Many people like to move to countries like Ireland, UK and USA. Most of us know the reason why. These are basically the pull factors. It is because of industrial development, labor that is looking for work, cheap international transport relative to income, easy access of information due to telephone and internet. Other reasons include falling birth rates, rapid economic expansion, better job opportunities and more.

Push factors: These are the negative factors in the home country that compel people to move to another one. Such factors include poverty, high unemployment rate, internal conflicts and wars, natural diseases, low income, lack of career development, famine and climate control.

It can be said that movement occurs because the 4 common reasons:

If you just open the history, you will find tons of examples of migration. Those are not just the minor ones, but you will find the great migration instances too. Here are some of the examples: 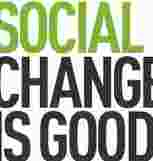