The suspension of rivalry between the parties for temporary or permanent period is accommodation. In this process of accommodation, the issue may not be settled, but for the time being they terminate their rivalries activities and come to an agreement toward some joint effort without open hostility. The process may occur under compulsory conditions which may be facing commonly to both the parties and they setting their antagonistic behavior aside come together to face the situa­tion.

Park and Burgess classified accommodation in the fol­lowing two categories:

Adjustment with New Social Conditions: In this case an individual who migrates to another cultural area he adopts the cultural conditions of that society. He learns the language, techniques of everyday social life, customs of marrying, patterns of interaction vari­ous norms and values of the new society. An individual faces a large number of problems in adjusting himself in the new culture. He has to learn the new roles and norms of the new society. This process of learning at this later stage is always slow. That is why the individual faces serious problems in adjustment with the new culture.

Baldwin: “Acquired Changes in the behaviour of in­dividuals which help them to adjust to their environ­ment.”

Maciver: “Accommodation refers to the process in which man attains a sense of harmony with his environment.”

Lundberg: “The word accommodation has been used to designate the adjustments which people in groups make to relieve the fatigue and tensions of competition and conflict.”

According to Smith, It is “social adjustment, e.g. adjustment of man to both natural and man-made environment.”

In general, it can be concluded that the process of accommoda­tion removes the social and cultural differences between two indi­viduals, groups and societies. 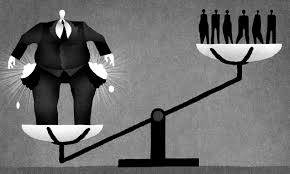