Why do People Marry | Aims of Marriage

If I ask “why do people marry”? Why don’t they remain single? Well, there are some aims of marriage due which people marry.

Children production and their socialization are the social as well as biological aims. Children are the source of the continuation of family and lineage. Male and female have the desire to reproduce children and become parents. The married person has high social status and prestige in a society which is gained by him in the alliance of marriage. It also strengthened the bonds of the kinship and its extension with other families.

In some societies of the world marriage has also religious aims. Especially for Muslims, marriage is the Sunnah of our Holy Prophet (PBUH) and must to be continued. Marriage protects an individuals from many social evils. In our religion, Imam who is our religious leader is not completed without marriage. Marriage provide the responsibility and duty to perform religious activities regularly.

Sex is the most important biological needs of male and female which is satisfied due to marriage. Marriage is the way of child reproduction and his permanent care which is bitterly performed by family and family is formed due to the close bond of marriage. Marriage is also a source of kinship extenuation. So, young man and woman marry to fulfill and satisfy their basic biological needs.

In agricultural societies female working with males side by side in the fields they also perform the indoor household activities. In some tribes one female many with several males in the since that they will give more economic advantages. More children are also considered as the source of production. In some societies like primitive women are responsible to do light jobs due to their delicacy like fetching of water, grains grinding, cooking, sweeping and also some work in fields.

Marriage is the foundation of family which provides emotions to the individuals. The family members feel themselves psychological satisfied. They have security and stability within family. The married persons do not feel any continues and his personality can develop with full-fledge. 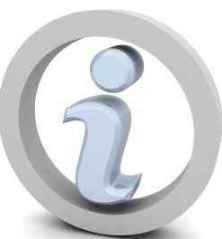