National income accounts provide a meaningful summary of the working of an economic system in a country. This summary which provides a picture of the current operations and mutual relationship of various sectors of the economic activity in a country is prepared in much the same way as certain financial statements of an individual enterprise are prepared. The accounts of a business enterprise provide an analysis of profits and losses which, in turn, help it in framing its future policies.

The national accounts, on the other hand, give a statistical classification of the human beings and social institutions in a way that enables us to understand the opera-titans of the economy as a whole. While the private accounts refer to only particular business; organization, the national accounts embrace the transactions of the whole economy comprising a large number of such institutions.

The interest in the private accounts is much focused on the increase in revenues without much discrimination of the customers. In case of an economy, however, an increase in national income is desirable but the contribution of different sectors Jae Agriculture, Industries, water and Power, etc. is keenly observed. It is one of the targets of economic development to increase in the national income, the share of certain sectors like Industries and Manufacturing as compared with Agriculture.

Likewise, consumption expenditure, both private and government, saving, investment, imports and exports are the important components of national income. On these is based the aggregate planning, analysis and appraisal of current operations of an economy. An individual, however, seldom bothers to maintain an account of the expenditure on consumer or other goods, imported or domestically produced. The individual interest is very often centered on an effort to save as much as possible. An unutilized saving may be a virtue for an individual or a business enterprise but such a feature may cause depression in an economy.

Another difference in the two types of accounts is that of methodology and presentation. In private accounts each transaction is recorded twice o once on the debit side and the other on the credit side. In such a system called the double entry system, the balances of the debits and credits must be equal. In case of national accounts, the transactions are recorded only once, but the aggregates must be the same whatever method may be used for estimation. A concept sounding similar to double entry in private accounts is double counting, in national accounts double counting must be avoided. 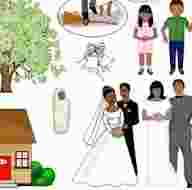