The start of has been taken by the Greeks while they consider man as a social animals. Plato discussed sociology in his book “Republic” and Aristotle discussed sociology in his book “Ethics and Politics”. Among others like Francis Bacon, Hobbes, Ibn-e-Khaldun also contributed to sociology. The modern sociology was discovered by August Comte. According to him social evaluation went hard to hand with progress. He is considered as the founder of modern sociology. He called it “Social Physics”. The others, who followed him through their contributions in the field of sociology Herbert Spencer, Fredric Leplay, Sigmund Fraud and so on.

Definition of Sociology  by Kingsley Davis, “sociology as a general science of society.”

Finally, it will be very easy to say that sociology is the study of society, human behavior, social interaction and relationship between these individuals forms various groups of society. 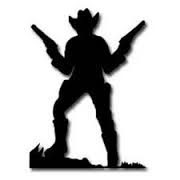