What is Social Action in Sociology

According to Max Weber sociology is the science of social action. Obviously it means any action in relation to other action and its important characteristic is the nature of being social. Max Weber himself differentiated such actions by giving examples. A driver driving a car is doing social activity and a student reading a book is not. From the former example it is learnt that the car driver affects others by his driving while the student has no social effect or relation with others. That is why car driving is social activity while book reading is not. The trait of being social is due to the effect one puts upon others. It means there is communication between the actor and the people. This communication is an effect or influence upon others. It means a sort of relation­ship develops during the action. This relationship among the indi­viduals is called social, which influences others. Thus it is such an attempt in which one or more persons participate belonging to some social system

According to Duncan Mitchel “Action is social when the actor be­haves in such a manner that his action is intended to influence the action of one or more other persons.”

Here the actor acts in presence of some social situa­tion. While it  is a continuously occurring group event spread in time and space and invites the atten­tion of the actor towards action. When one or more persons perform an action in presence of this situation it is called social action. From this discussion we can conclude that ii

The actor. It is that individual who performs an act. The ac­tor can be one or more persons.

The goal. It is the aim or objective for which the action was done. Without goal, an action is futile and baseless.

Normative orientation. It is performed on some social pattern, custom. All these forms are called norms of so­ciety. The pattern on which it is done is called norm.

Energy. These require energy for its performance. Physical energy and training are essential for an act.

According to Max Weber there are four types

The rational orientation to a system of discrete individual ends. It means that for the achievement of an individual objective, the logic of cause and effect is applied. Without cause an aim cannot be attained. The logic that every event has its cause is the main idea. Such actions have ends and objective for the Individual.

The rational orientation to an absolute value. Such action is done for the pursuit of a value of highest dignity. Real truth can be named as absolute value. Truth, faith, sacrifice and beliefs are its ex­amples in religion. Service of humanity is general value. Social ac­tions for such alts also require logical performance.

Traditionally oriented action: In such action. Logical orientation is not counted. The established patterns of behaviour in terms of customs, rituals, conventions and beliefs ate adopted. These pat­terns are taken for granted and no question of how, why and what is asked. In such actions, cultural values play important roles because they are diverted towards such values,

Examples of Social Action in Sociology 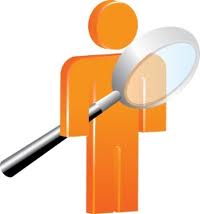