Inflation is a world-wide phenomena. Throughout the history of mankind prices have been rising due to war, famine and natural calamities. In the present age the population of every country is increasing and every country has to spend more and more on the development of its resources.

In order to face market competition as well as to meet the growing demands of higher standard of living, the expenditure often exceeds the financial resources of a country. Hence the money supply has to be increased either by internal or external credits or by printing more currency notes. As the investment does not yield immediate result there is no proportionate increase in goods and services. While on the other hand demand keeps on rising due to increase in income and wages. Hence “too much money chases too few goods,” and the general price level keeps on rising.

“Inflation is inevitable like death” is the saying of one of the economists. It can also be defined as, “a state of disequilibrium between the purchasing power which is increasing and the output of goods and services which is not increasing to a corresponding rate.” But for a common man in the street it may mean’; “a process of hiking prices”. Inflation in essence implies, “too much money chasing too few goods“.

Following are the types of inflation

When general price level shows mild rising trend, it is regarded as mild inflation. It is said that mild inflation like 1 to 3 percent per year encourages economic activities and stimulates economic growth.

It occurs when increase in demand is not accompanied by an increase in supply which arises due to increased spending and less saving. Prices rise as a result of high level of demand in relation to supply, the rise in wages in this case being a consequence of the rising cost of living.

It occurs due to the rising costs of production, raw material or higher interest charges on loans which is ultimately passed on to the consumer in the form of higher prices. In this type of inflation the motivating force is mainly raising wages which push up cost of production.

Here the velocity of circulation of money increases to a greater extent because people begin to think that holding of money even for a single day would entail loss. Such inflation took place in the United States during the revolutionary war, in Germany in 1923, in China after Second World War and in Bolivia in 1950’s. Such inflation tends to stop production with no new goods, shortages in supply develop and the prices go higher. To finance such inflation there is always great expansion in paper money printed by the government. 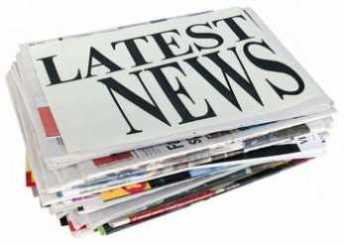