Man has a dynamic nature. He is always in search of something that is better. Even in political field man has made many experiments. The idea behind all these experiments was to find a kind of government under which state’s sovereignty and individual’s liberty would remain balanced. The latest experiment is known as Democracy.

The word ‘Democracy’ is derived from two Greek words “Demos“which means ‘the people’ and “kratos” which means ‘the rule. So originally and really Democracy means the rule of people.

Democracy has been defined by various philosophers and writers in different ways e.g.

Aristotle definition of democracy, It is the rule of mob and condemns it.

Seelay defined it as a government in which everyone has a share.

In short democracy is that form of government in which sovereignty remains in the hands of the entire nation, which can make and unmake the government.

Following are two types of democracy

Under this system the people take direct in the affairs of the state. The people themselves are the rulers and they are the ruled at the same time. They themselves make the laws, enforce them and decide cases according to these laws. Such a democracy existed in City States of ancient Greece and Rome. Some practices of direct democracy are still observed in Switzerland and in some states of the USA. 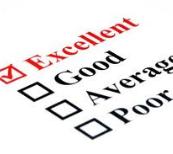