Manager, if invited to formulate his one responsibility will go a long way integrating with the pattern of organization. “A manager must realize that an organization is not a plumbing system of communications  but in is a framework of an organism in which the members of human being and the process is one of human co-operative working’ it is the cooperative corking and human being which is an essential part of this organism. Realizing this E.F.L Breech has categorically expressed in clear terms that “the whole and sole purpose of an organization is the subdivision and delegation of the unfiled management process by which policy is translated into effective action and the progress of the action is controlled against policy”

“Delegation “as Louise A. Allan has explained is the dynamics of management. It is the process a manager follows in dividing the work assigned to him so that he performs that part which only he, because of his unique organizational placement, can perform, effectively. And so that he can get other to help him, with what remains. If he wants to get others to help him the manager must first divide his work. If he requires the subordinates to perform the work as he would do it himself, the manager must entrust him whit part of the rights and powers he otherwise would have to exercise himself to get that work done. If the subordinate needs to spend money, hire people, use materials of equipment, the manager must permit him to do so or the subordinate cannot perform the work.

The manager must have some means of checking up to make sure that the work is done the way he wishes. This means he must create an obligation on the part of the person doing the work to perform in terms of any standards or conditions established. If he sets standards properly the manager can use them to apprise how well the work is being done.

Sufficient flexibility in delegation process is required. It helps in making a provision for both the formal and informal delegation according to the organization structure temperament of the delegator necessity of the enterprise and exigency of the work. 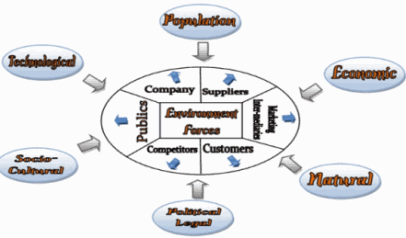