Culture is the Centre of a society and without culture no society can even exist. It is the main difference between human beings and animals. It is a heritage transmitted from one generation to another. It includes all the ways and behaviors is social life. Man is born in the environment of culture, in which he seeks his way of behaving and acting in a given society. Your can also find out effects of ethnocentrism.

Following are some important definitions of culture by sociologists

Horton and Hunt definition of culture, “Culture is everything which is socially shared and learned by the members of a society.”

Tylor defined “It is that complex whole including beliefs, art, region, values, norms, ideas, law, taught, knowledge, custom and other capabilities acquired y a man as a member of a society.”

It is the totality of human experience acquired during transmission of heritage from one generation to another and to learn the ways of learning, eating, drinking, behaving, walking, dressing, and working is the culture of man.

Some of the important characteristics of culture has been cited below.

Culture is not inherited biologically but it is leant socially by man in a society. It is not an inborn tendency but acquired by man from the association of others, e.g. drinking, eating, dressing, walking, behaving, reading are all learnt by man.

It is not an individual phenomena but it is the product of society. It develops in the society through social interaction. It is shared by the man of society No man can acquire it without the association of others. Man is man only among men. It helps to develop qualities of human beings in a social environment. Deprivation of a man from his company is the deprivation of human qualities.

Culture is something shared. It is nothing that an individual can passes but shared by common people of a territory. For example, customs, traditions, values, beliefs are all shared by man in a social situation. These beliefs and practices are adopted by all equally.

It is continuous process. It is like a stream which is flowing from one generation to another through centuries. “Culture is the memory of human race.”

Culture is not a matter of month or a year. It is the continuous process and adding new cultural traits. Many cultural traits are borrowed from out side and these absorbed in that culture which adopt it, as culture is accumulative and combines the suitable cultural traits.

All the cultural aspects are inter-connected with each other. The development of culture is the integration of its various parts. For example, values system is interlinked with morality, customs, beliefs and religion.

It remains changing but not static. Cultural process undergoes changes. But with different speeds from society to society and generation to generation.

9. Culture varies from society to society

Every society has its own culture and ways of behaving. It is not uniform every where but occurs differently in various societies. Every culture is unique in itself is a specific society. For example, values, customs, traditions, ideologies, religion, belief, practices are not similar but different in every society. However the ways of eating, drinking, speaking, greeting, dressing etc are differs from one social situation to another in the same time.

Culture is responsive to the changing conditions of a physical world. It intervenes in the natural environment and helps man from all dangers and natural calamities e.g. our houses are responsible to give us shelter and safety from storm and heavy rains.

It is gratifying and provide all the opportunities for needs and desires satisfaction. These needs may be biological or social but It is responsible to satisfy it. Our needs are food, shelter, clothing and desires are status, fame, money, sex etc are all the examples which are fulfilled according to the cultural ways. In fact it is defined as the process through which human beings satisfy their need.

Last but not the least one of the characteristics of culture that culture and society are one and the same. But if we say that these turn two are twin sister, it would not be wrong. Society is a composite of people and they interact each other through it.  It is to bind the people within the society. 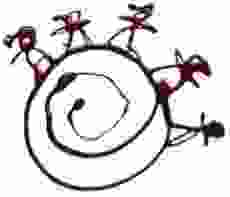