The following are the demerits or disadvantages of democracy

The reason for this is that common man is neither wise nor intelligent nor rational but democracy believes in these things. Besides politics is something highly technical and complex. A common man cannot understand the big and complicated issues of politics. Moreover the elections are also a force in which common people are not in a position to judge the candidate on merit. Even otherwise people are very little interest in politics. This is the reason that democracy cannot function.

Normally great majorities of people particularly in 3rd world countries are uneducated and illiterate. They do not understand political, economic and international issues. Moreover they can be very easily influenced by cunning politicians. As a result of this they elect ignorant people who instead of solving their problems create more problems for the society. Pakistan is the best example of this. One writer has gone to the extent of saying that democracy is the government of cattle by the cattle and for the cattle.

Democracy is based on the following wrong principles

Democracy is impossible because good citizens are not available. Normally people are selfish and prefer their own good to that of the nation and this is the reason that in elections people with money and wealth become successful because votes can be bought.

Enemy of Libel and Good Government

It is said that democracy is the enemy of liberty and good government. The reason for this is that common man is conservative by temperament. He does not like change and such progress. He believes in old customs and traditions. This is the reason that in democracy good government is not possible.

Modern Democracy is Capitalist and Imperialist

Unless there is economic equality there cannot be a democratic government or a democratic state. Under modern democratic system a poor man cannot think of running the government the reason for because election business is a matter of money. It is said that those who have economic power also have political power. This is proved by the American Practices. In the USSR only a millionaire can think of contesting the presidential election. Besides all media Radio, TV and Newspaper etc. are in the hands of the moneyed class. These media are a very strong weapon in the hands of the capitalists to influence and mould public opinion in their own favour.

Wrong Use by Political Parties

Under democracy the political parties have the liberty to use any method to defeat their rivals and capture power. This has a corrupting influence on the minds of the people.

Democracy does not provide a stable form of government because common people have the right to change it any time they like which is a major disadvantage of democracy. This is what happened in Pakistan before 1950 when the government would be changed almost every 2 or 3 months. As a result of this the prestige of Pakistan was lowered in the international affairs. 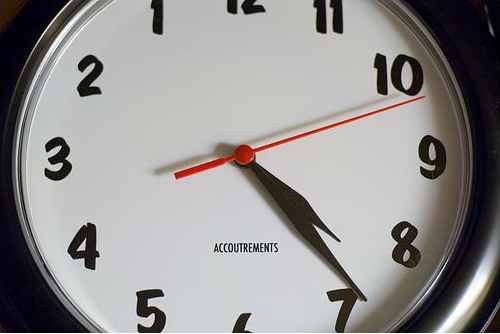