What are the Causes of Urbanization

Following are the main causes of urbanization

The extension of man’s power over nature has been the primary condition of the growth of modern cities. Man has exploited natural resources through technological improvements to a great extent. Now few people can supply basic needs of many people, whenever a society or group within it, gains control over resources, cities grows and fulfill the basic needs of life.

Urbanization is closely related with industrialization. After industrial revaluation, cities become important centers of commerce and production. Industrial revaluation includes invention of machinery, the development of steam power, huge capital in industrial enterprises, huge manufacturing plants etc. These are the factors which are responsible for the mobility of immovable workers. In industrialization, people get new opportunities for work in industries and earn more than rural agriculture. Big cities like Peshawar, Karachi and Faisalabad are the best examples that how industrialization caused urbanization people leave behind the rural work for the sake of high wages in industries and thus start urbanization process.

Trade and commerce also play a significant role in urban expansion. In ancient societies, there was also a type of commercialization, in which goods were distributed and commercial transactions were carried. In modern times, the development of modern marketing institutions and methods of exchange has greatly contributed to the growth of cities.

Transportation and Communication is another reason of urbanization, Industries depends on transportation, so, that the raw materials and manufactured goods can be transferred in large volume. The cities are connected with other parts of the country. Communication facilities usually available in urban centers, such as telephones, telegraph, far, computer, wireless and postal services etc. These are the facilities due to which the people move from rural centers to cities. So, in the development of society, transport and communication play a significant role and is a best source of urbanization.

Economic Pull of the City

In cities, there are better opportunities of education as compare to rural areas. Mostly the best standard schools and colleges are available in the urban areas. Professional colleges and universities such as medical and engineering are situated in urban areas. So, young men and women are attracted to the cities for better and higher education.

Desire for Change in Social life

Most of the rural people are shifting towards cities to bring change in their social life. The relation between caste and profession is not necessary in cities but the poor people can get better occupational facilities.

Change in the Mode of Living

The changes in the mode of living such as dress, food, attitudes, habits and patterns of residence are also encouraging the people to move towards the urban areas. Village life is traditional and is based on old beliefs, habits and practices. Thus many old things may be changed in urban culture.

The urban life is based on pre-planned conditions and programmes while in rural areas there is no adequate planning. So, people easily migrate to planned cities and avail all the facilities of urban life.

The topic “What are the causes of urbanization” concluded that due to the above factors people are migrating from rural to urban areas. During the middle of 18th century, about three lakes people migrated to cities in the world. In 1960, it was 40% increased and will reach to 85% during 2010. It the result of the increase in urban population, a time will come that the whole world be just like a city. 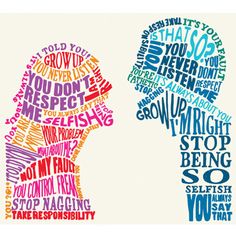