In International Relations Lesson, we will discuss the most common types of propaganda

One of the earliest uses of the word propaganda was in connection with religious missionary. activity. A notable propagandist was Saint Paul, who established the first Christian churches in Asia Minor. Greece, and Italy. Christianity was spread beyond the Roman world by such evangelists as Saint Augustine, the first archbishop of Canterbury, who introduced it into Britain, and by Saint Boniface, who converted Germanic tribes. In modern times, Roman Catholic missionary activity has been conducted by several well-known religious orders, notably the Society of Jesus (also known as the Jesuits). By skillful propaganda the. Jesuits were able in the 17th century to reclaim for the church large areas of central Europe that had been lost to Protestantism during the Reformation. Protestants have been equally zealous in spreading their doctrines. The Protestant reformers of the 16th century were effective propagandists, and missionaries have carried the Protestant faith to every part of the world.

Propaganda for distinctly political ends is as old as history. The Bible, for example, relates that the Assyrian king Sennacherib Kingdom to terrify the Kingdom of Judah into surrendering by the use of threatening propaganda. Julius Caesar wrote De Bello Gallico (On the Gallic War) to enhance his reputation in Rome and to speed his rise to power.

The quality of the propaganda literature of the American Revolution is outstanding. Before the Revolution the letters circulated by the patriot Samuel Adams and such pamphlets as Letters from a Farmer in Pennsylvania by John Dickinson sought to inform and unify American opinion in the quarrel with Great Britain. The Declaration of Independence, written by Thomas Jefferson. was a masterpiece of rational propaganda intended to crystallize public opinion at home and justify the controversial American Cause abroad. During the period when that cause seemed closest to military defeat, the radical writer Thomas Paine wrote a series of pamphlets titled The Crisis, which rallied and sustained American morale for the long struggle. After the war, when controversy raged over the adoption of the federal Constitution, the articles written by Alexander Hamilton. James Madison and John Jay, and known collectively as The Federalist, explained the new constitution and persuaded Americans to ratify it. The Federalist was also an effective propaganda instrument among the citizens of the new American nation.

Propaganda by individuals has sometimes taken literary forms. Many classics of philosophy, history, religion and economics, as well as novels, poems, and plays have been written is part with propagandist intent. The histories of the French author Voltaire, the pamphlets of Martin Luther, and the works of Karl Marx are examples.

Propaganda for social justice was carried on by the British statistician Charles Booth and by the American social-settlement worker Jane Addams. In American literature, an outstanding novel of propaganda is Uncle Tom’s Cabin (1852) by Harriet Beecher Stowe. By her depiction of black slavery in the South, Stowe contributed to the growth of the abolitionist movement before the American Civil War.

Massive modern propaganda techniques began with World War I (1914-1918). From the beginning of the war, both German and British propagandists worked hard to win sympathy and support in the United States. German propagandists appealed to the many Americans of German descent and to those of Irish descent who were traditionally hostile to Great Britain. Soon. however, Germany was virtually cut off from direct access to the United States. Thereafter British propaganda had little competition in the United States, and it was conducted more skillfully than that of the Germans. Once engaged in the war, the United States organized the Committee on Public Information, an official propaganda agency, to mobilize American public opinion. This committee proved highly successful, particularly in the sale of Liberty Bonds. The exploitation by the Allies of President Woodrow Wilson’s Fourteen Points, which seemed to promise a just peace for both the victors and the vanquished, contributed greatly toward crystallizing opposition within the Central Powers to continuation of the war.

After World War I propaganda achieved great importance as an instrument of national policy in the totalitarian state. Germany, Italy, Japan. and the Soviet Union deliberately molded public opinion through government propaganda agencies. In Germany, Adolf Hitler established the extremely powerful ministry of propaganda headed by Paul Joseph Goebbels. Completely dominating all public utterances in Germany, this agency instigated the so-called war of nerves. Before each new aggressive move by Germany, as, for example, against Czechoslovakia in 1938, the German press and radio publicized alleged evidence of persecution of German minorities in the victim country. Incidents were manufactured and exploited’ to justify German intervention, and the German war machine was depicted as invincible. The technique proved effective in dividing populations, weakening the power of the victim to resist, and causing its allies to hesitate. As the European crisis intensified. German agents in France spread propaganda of defeatism. Through books, pamphlets, and venal newspapers and in the legislature and the army, they encouraged dissatisfaction with the government, distrust of allies, and fear of German military power. These divisive efforts hastened the collapse of French resistance when the German army finally struck in May 1940.

The propaganda aspects of World War II were similar to those of World War I, except that the war was greater in scope. Radio played a major role, and propaganda activities overseas were more intense. Both Germany and the United Kingdom again sought to sway American opinion. German propagandists played on anti-British sentiment, represented the war as a struggle against communism, and pictured Germany as the invincible champion of a new order in world affairs. German agents also gave their support to movements in the United States that supported isolationism. German propaganda efforts again proved ineffective, especially after the Japanese attack on Pearl Harbor; the evidence of German aggression was too clear, and American sympathies were increasingly on the side of the United Kingdom. After the United States entered the war, the Axis powers sought to weaken the morale of the Allied armed forces and civilian populations by radio propaganda. The British traitor William Joyce broadcast from Germany under the sardonic name “Lord Haw Haw”; the American poet Ezra Pound broadcast for the Fascist cause from Italy; U.S. forces in the South Pacific became familiar with the voice of Iva Ikuko Toguri. D’Aquino, a native Californian of Japanese descent, who broadcast from Japan as “Tokyo Rose.”

Allied propaganda efforts were aimed at separating the peoples of the Axis nations from their governments, which were solely blamed for the war. Radio broadcasts and leaflets dropped from the air carried Allied propaganda to the enemy. The official U.S. propaganda agencies during World War II were the Office of War Information (OWI), charged with disseminating information at home and abroad, and the Office of Strategic Service (OSS), charged with conducting psychological warfare against the enemy. At Supreme Headquarters in the European theater of operations, the OWI and OSS were coordinated with military activities by the Psychological Warfare Division.

In the period of the Cold War, a marked conflict of interests between the United States and the Soviet Union following World Wars, propaganda continued to be a significant instrument of national policy. Both the democratic and Communist blocs of states attempted by sustained campaigns to win to their side the great masses of uncommitted peoples and thereby ‘achieve their objectives without resorting to armed conflict. Every aspect of national life and policy was exploited for purposes of propaganda. The Cold War was also marked by the use of defectors, trials, and confessions for propaganda purposes.

In this propaganda war the Communist nations seemed initially to have a distinct advantage. Because their governments controlled all media, they could largely seal off their peoples from Western propaganda. At the same time. the highly centralized governments could plan elaborate propaganda campaigns and mobilize resources to carry out their plans. They could also count on aid from Communist parties and sympathizers in other countries. Democratic states, on the other hand, could neither prevent their peoples from being exposed to Communist propaganda nor mobilize all their resources to counter it. This apparent advantage for Communist governments eroded during the 1980s, as communications technology advanced. Inability to control the spread of information was a major factor in the disintegration of many Communist regimes in Eastern Europe at the end of the decade.

The United States Information Agency (USIA), established in 1953 to conduct propaganda and cultural activities abroad, operates the Voice of America, a radio network that carries news and information ‘about the United States in more than 40 languages to all parts of the world. In 1978 USIA functions were taken over by the International Communication Agency; its name was changed back to the U.S. Information Agency in 1982. In 1967 it was revealed that the Central Intelligence Agency (CIA) had for many years covertly supported numerous American and foreign labor, student, and political organizations, such as Radio Free Europe, the efforts of which benefited U.S. foreign policies. 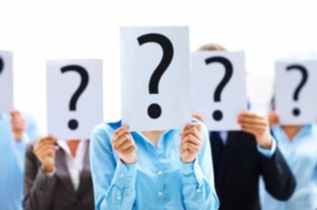