We are surrounded by computer world. It is impossible to live without all these computer gadgets like computers, laptops, mobile phones whether at home, office or while traveling. When a common man thinks of it, it is personal computer i.e. desktop or laptop. However, computer have different shapes and sizes and perform different functions. Following are the four different types of computers.

These ae also known as personal computers (PCs). They are small in sizes and relatively inexpensive. They are highly flexible and designed for small scale personal use and business application. these are based on microprocessor technology, a silicon chip containing the important circuitry to perform operations. IBM, Dell, Sony, HP and Apple are the manufactures of microcomputers. Nowadays they have come more advance and powerful in technology.

Compare to mainframe these are midrange computers, small in size and more compact and less expensive. They are designed for computerization of data, scientific research, industrial process, data collection and telephone switches. Minicomputers are multiprocessing system and can support upto 200 user at a time but the power of processing is not as great as the mainframe and supercomputers. Timesharing, batch processing and online processing is available on these midrange computers.

Mainframe computers can store huge amount of data. They are large in size and memory, power and expensive. These machines are capable to different operating system on the same time and support time sharing and virtual memory. Universities, banking institutions, stock exchanges, insurance companies are some examples of using mainframe servers for maintaining students’ data, ATM transactions, financial transactions, clients and employees’ records.

The main difference between supercomputer and mainframes is that supercomputer has a speed of calculations and mostly used for space scientific and engineering related problems i.e. data crunching while mainframe servers are used for transaction process.

The term “super computer” is considered the most powerful computers in performance and processing. Supercomputers are capable to solve immense mathematical calculations, scientific problems and hence it is called number crunchers. They are difficult to design and need teamwork research and development.

The world first supercomputer CDC 6600 was released by designed by Seymour Cray.

Fastest Supercomputer in the World

In the run of supercomputers China is still No. 1. According to top500 list, since June 2013 Tianhe-2 is the fastest supercomputer in the world developed by China’s National University of Defense Technology.  It is capable to perform 33.86 petaflops (quadrillions of calculations per second). It can best use for simulation, analysis and government security applications. Theses monster machines are capable to play their role in the field of weather forecasting, quantum mechanics and physical simulation (spaceship aerodynamics and testing of nuclear weapons. Another important application of supercomputer is oil exploration. A program can simulate areas where oil is likely to be found and can predict costs and methods of findings and retrieving oil.

Examples of Some Supercomputer 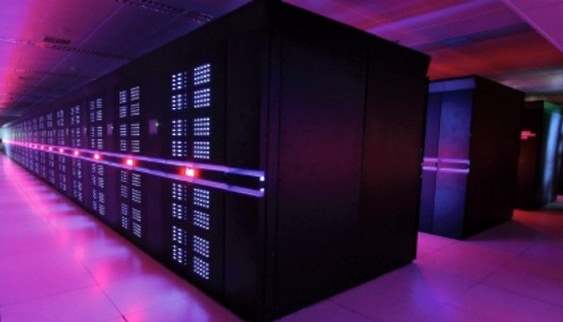