According to the 19th century economists Alfred Marshall, “Economics is the study of mankind in the ordinary business of life. It enquires how he gets his income and how he uses it. It examines that part of individual and social action, which is most closely connected with the attainment and with the use of material requisites of well-being.

It is on the one side a study of wealth and on the other and more important side is a part of the study of man”. Professor Marshall has shifted the emphasis from wealth to man. Alfred Marshall gives priority to human beings and placed wealth at secondary level.

If we talk about Robbins concept of subject matter of economics, according to Robins, it studies behavior of a man and relates it between ends and scarce resources which have alternative uses.  According to Robbins wants are unlimited in number while means are scarce, not only limited but alternative uses.  The main problems arises that how to utilize the scarce resource to fulfill the unlimited wants is a subject matter of economics.

According to modern economist like Peterson and Samuelson the subject matter of economics is a science that studies only those activities of human being which he undertakes to maximize his satisfaction by making proper use of scarce resources.

All these economists have combined in their definition the essential elements of the definitions by Marshall and Robbins. According to modern economists the efficient allocation and use of scarce means results in increase in economic growth and social welfare is promoted. 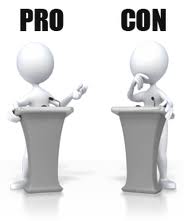