Islamic law is a code of basic principles which determine the relationship between man and God on one hand and among the individuals themselves. It prescribes the limits to do or not do certain things. It is derived from the following sources

Following are the main sources of Islamic law

Primary sources of Law which includes Quran and Sunnah

Following are some primary sources of law. Click to View in Detail the Primary Sources Islamic of Law

Quran is one of the primary sources of Islamic law. It includes many commandments, rules and principles for the behavior and relations of individuals in the society. Most of its principles are general in nature though some of them are well defined. The words of Quran are final and no one can change its text.

Below are the secondary sources of law.  Click to View in Detail the Secondary Sources Islamic of Law

Ijma means the consensus among Islamic jurists on matters within the limits of Quran and Sunnah. For example, the institution of khilafat is established on the basis of ijma among the Islamic jurists.

Ijtihad is the secondary source of Islamic law. It is the interpretation of principles and provisions of Quran and hadith by faqeeh or imam. In this regard we can find four imams who formed different school of thought by interpreting the Quran and Sunnah by study and research. One school of thought believes that Ijtihad ended with the four pious caliphs while others believe that it is not ended.

Qiyas is also one of the secondary sources. It means to conclude general principle from Quraan and Sunnah to generalize the Versus or Hadith. For example from wine, the jurists concluded and generalized that all things causing unconsciousness are prohibited by Islam.

Urf is also a secondary source of islamic law. Urf is the common practice among the Muslims as their common habit or a’ada. 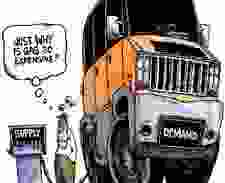