America is supposed to be the land of dreams where any working man can strive and achieve the same status as any privileged can possess. But with social injustice in America at an all-time high, this dream seems to be falling apart at the seams. Social injustice is simply another form of injustice, albeit at the level of society where the form of protest never truly reaches the national policy makers.

Unemployment in America was supposed to be the working man’s dream. A country where, no matter where you were from, you could always have something you could go by. That dream is long gone. On paper, the statistics say that a mere 5.1% of the total population is currently unemployed. However, that number translates to over 8 million. And this is most widely reflected in the black population.

Social justice issues in America in recent years have grown beyond discrimination on the basis of skin colour alone. Gender inequality since time immemorial has been a hot topic to handle. After much debate throughout the last 2 decades, women holding congressional seats have improved a lot, to reflect 18.3%. Shocking, isn’t it? Consider what the numbers would have been a mere 10 years ago. Same is reflected in the corporate sectors where most women complain of the glass ceiling effect. But this kind of discrimination is inherent even in racism.

Social injustice prevails beyond just illegal immigration issues which seem to be a hotbed of politics at any given point of time. For the most part, being unable to offer opportunities to most aliens on American soil is a common issue. The problem lies with the government not being able to offer proper facilities to these helpless victims. Not only that the main portion of were the prosecuted victims the ones who were simply trying to return to their families or jobs. With an explosion in these numbers, we should really take a better look at the social injustice in America and push forward the bills which offer equal opportunities to all.

And if that was not all, America has now upped the war with serious curtails on the Freedom of Speech. Freedom of Speech and Press are supposed to be the base of laws that exist so that we can express our views in a world where exchange of ideas should only be encouraged. But with American society at large getting highly sensitive about various issues (Muslim jokes, anyone?), who are we kidding when we say that America will never have anything like Charlie Hebdo?

Let’s get to healthcare next. Social justice issues in America have taken a variety of stance on this. While most people would admit that the situation is turning better at present, the fact remains without doubt a huge scar that more than 40 million of Americans, less than 5 years back did not have access to affordable healthcare or insurance. And this was all the more compounded by the plague that has affected every developed country in the world, namely environmental and climate change. The current administration is ready to skim over this one in favour of more immediate social injustice in America, but if this is not addressed now, eventually we will reach a point of no turning back. From overcrowding of cities, widespread unavailability of safe drinking water to creating safe zones for waste dumping, eventually it will all catch up with us.

The question is, can we do something proactively about these social issues before it all compounds up to strangle the land of opportunities we are living on? Only time will tell. 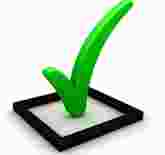