It is clearly appears from the term Sex Education, that basically this education is about the sexual behavior of humans. In some part of world parents, caretakers or schools, offers the sex education in schools, who are entering into teenage years. If it is formally thought either as a full course in high school, middle school level or it’s chapters may be added in health, home economics or in biology’s subject. Teaching of sex is somewhat divisive issue, different debates are being elected from many decades, for discussing the matter that formally should it be taught in middle and high schools or not.

The act of informing younger and teenagers about sex is called sex education. This issue is one of the divisive issues of education since long ago in the institutions. It is not only about sex, it is also related to sexuality, sexual reproduction, health and rough attitude with their children. That’s why it becomes a responsible matter to handle this issue. Frequently, sex education in schools is considered as frivolous course than a sober issue. In schools there lot of advantages and disadvantages of being taught sexual education.

Long ago in old times peoples simply avoid to talking about sex. Nowadays the teenagers start to have a great interest in this debate from very immature ages. Now everyone is well aware about the fact that, it becomes necessary for the parents to make understand their children about the education of sex, but there is no schedule in school for this type of education. Without endorsing it into school this education cannot be taught in homes. To educate the teenagers in schools, this decision can only be made by the school systems. This is just one of the many considerations on this important social subject.

The origin of sex education is still controversial. However, discussion and debates on a national level on what and how to teach children about sex existed as early as 1912. Actually in 1912 the National Education Association recommended that teachers should be trained to provide this education in school.

In 1940, the PHC (Public Health Service) of US had made a strong statement about its importance. This statement was actually in result of concern over the spread of STDs (sexually transmitted diseases) among many soldiers and sailors during the WWI and WWII. Finally in the 1950s, AMA (American Medical Association) joined hand with NEA (National Education Association) to publish a series of pamphlets about its need and those pamphlets became the basis of most school-based sex education programs.

Should Sex Education Be Taught In Schools

There are two school of thought about this type of education in schools. Below I am describing both.

Why Should Sex Education be taught in Schools?

One school of thought says that the kids are not getting the right amount of sex information at home, and they the school is only place that can deliver required education to the kids. If proper delivered in schools there are less chances of kids indulging in these activities and other unethical activities. It actually helps the children’s to understand sex consequences in young age this prevent sex at a young age.

Why Should Sex Education not be taught in Schools?

Being a parent, I decisively stand against favor of sex education. The cause is quite simple in fact, it can run conflicting to what a parent feels is apposite, and the parents final decision is reject this education.  If some related lectures are given to the students in school, students starts to make different kind of perceptions about it in their minds. So at free time the students mostly discusses the lectures in group, as the sex related discussion is attractive for teenagers. So they use to take of interest in sex discussions. The sketch about sex builds in their minds. This attractive sketch unconsciously drew them towards doing sex practically. This is very harmful for their health and their curriculum and co-curricular activities.

During sex most of the girls, who are passing through teenage becomes pregnant before marriage. When this becomes happen with any girl, at this stage she do not have any such environment in which she gave birth a child. She becomes urging to get abortion for making safe her career and honor.

Students might still be focus to shame or excitable by subject theme. They may take to laugh or make unsuitable comments by becoming out of control in the classrooms.

Summing up all I will say that sex education in schools should be taught partially at home by parents or by elder brothers and sisters, and then it should be partially supported at school through basic sex education classes. This is now become compulsory to teach children about how it works? and what are the consequences of early age sex? 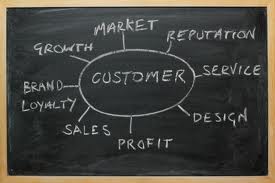