The 1973 Constitution of Pakistan was prepared by the first elected NA through a 25 members committee under the leadership of Abdul Hafiz Pirzada of all parliamentary parties. The constitution was approved by the Assembly on 10th April 1973 and assented to by the President on 12thApril 1973. It was enforced on 14thAugust 1973. This constitution was the first one, which enjoyed greater popular appraisal. It enjoyed and still enjoys a great respect and is acknowledged as the best constitution ever produced in Pakistan.

Salient Features of 1973 Constitution of Pakistan

Below are the salient features of the Constitution of Pakistan 1973.

A Written and Lengthy Document

Pakistan 3rd constitution of 1973 is like its previous counterparts written in nature and character. It is one of the lengthiest constitutions of the world, consisting of a Preamble and 280 Articles, classified into 12 Chapters and 6 Schedules. Most of the principles of the constitutional laws have been specified in the constitution to avoid all possible ambiguities. Hence it is comprehensive and comparatively more detailed than the previous ones.

The 1973 Constitution of Pakistanis strictly based on Islamic ideology. Article-1 of the constitution declares Pakistan to be an Islamic polity. The Muslims were advices to implement the teachings of Quran and Sunnah in the daily life. Islam shall be the state religion. Besides, the Council of Islamic Ideology it has been made obligatory for the President and Prime Minister to be Muslim.

According to Article-I of the constitution, Pakistan shall be federal republic to be known as Islamic Republic or Pakistan. There are two legislative lists – the Federal List and the Concurrent List. The central government has exclusive right to legislate on all matters enumerated in the Federal List. As far as the Concurrent List is concerned, both the central and the provincial governments can make laws on their subjects, however, in case of conflict the central law will prevail while the other will stand invalid. The residuary powers are vested in the provincial governments. Although the provincial autonomy has been ensured but the supremacy of the federal government has been recognized in various legislative, administrative and fiscal matters.

The 1973 constitution establishes a parliamentary form of government. The Prime Minister and the cabinet ministers belong to Parliament and are responsible to it for their conduct and policies. They remain in office so long as they enjoy the confidence of the majority members. The Parliament can pass a vote of No-Confidence against them. The President is the head of State and the Prime Minister is the head of Government. The President has to act on the advice of Prime Minister.

Unlike the previous practices the present political system is characterized by bicameralism called Majlis-e-Shura (Article-50) consisting of two Houses – the National Assembly and the Senate. The former is the lower and popular house chamber directly elected for a period of 5 years. Its total strength is 217 (under LFO 342) while the Senate is the upper chamber, which represents the units. It consists of 87 members (under LFO 100) who are indirectly elected for a term of 6 years. Both the houses share equal powers in respect of legislation but in certain matters the National Assembly is more powerful especially in matters of financial legislation.

The constitution of 1973 incorporates all the fundamental rights that were ensured under the defunct constitution. Neither the Parliament nor the provincial assemblies are authorized to enact laws repugnant to these rights otherwise the courts will declared such laws to be unconstitutional. Some of these rights include freedom of movement, freedom of assembly, association, profession, speech and freedom of religion, right to property, equality before law etc.

Independence of Judiciary in 1973 Constitution

Under the Constitution of 1973 proper safeguards have been provided to ensure independence of judiciary. Judges of the superior courts once appointed can only be removed on the basis of inquiry report submitted by Supreme Judicial Council. Thus they enjoy full security of office. They receive huge salaries along with many other allowances. There is single judicial hierarchy with Supreme Court at the top and the High Court next in order.

Directive Principles of State Policy lay down the basic objectives and future plan of action of the political system. All the government agencies take guidance from these principles. However, their realization depends upon the availability of resources, commitment of the decision makers and the contemporary environment. Hence their violation is not an offence or illegal action. Most of the Islamic provisions of the constitution are part of the directive principles of the state policy especially those dealing with the enforcement of socio-economic justice

All citizens arc ensured equal protection of law. It is explicitly laid down in the constitution that the executive has no power to deprive a citizen of his life, liberty, property and equality etc. nor can a person be stopped from doing certain things which one is entitled to do under law. The courts can  issue different types of order for the protection of law.

Position of the President

The President is the chief executive head of the state. He is assisted by the Prime Minister and his cabinet ministers for running the governmental machinery smoothly. He represents the unity of the republic. He is chosen for a period 5 years by members of Parliament and all the provincial assemblies. All the executive authority is vested in him. He appoints all the top-ranking military and civil officials of the state. All the bills passed by Parliament must be assented to by him. He can summon and prorogue either house of the Parliament. He can also dissolve the National Assembly on the advice of the Prime Minister and can issue ordinances. He has a great say in the foreign policy of the nation. 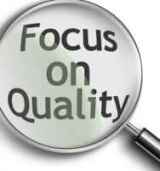