It is defined as a situation in which a person is treated less favorably than another because of race, national/ethnic origin, color, or immigrant status. There have been cases of racial discrimination in which you treat someone unfavorably because that person has been married to someone from a different race or color. It is common in all societies and even though people are educated enough, they still are involved in discrimination both intentionally and unintentionally.

Racial discrimination in America is at its peak. Studies show that the police is likely to pull over blacks and Latinos more than whites. The African Americans receive 10% more sentences than the whites for the same crimes through the federal system.

As the racial discrimination today is on rage, there are plenty of laws developed by authorities which are meant to protect the ones who are mistreated time after time. The federal laws prohibit discriminating someone on the basis of race and many other settings. Here are some of the laws and acts developed so far:

According to this law, there are equal employment opportunities for all. The law prohibits employment on the basis of color, race, religion, gender and national origin.

According to this law, creditors are prohibited from discriminating the credit applicants on the basis of color, race, national origin, religion, marital status, age, gender or because the application gets his income from the public assistance program.

This code prohibits the discrimination of a person on the basis of age, gender, race, disability, national origin, and religion.

This law prohibits the discrimination in the sale, rental and house financing deals on the basis of family status, national origin, race, color, gender, religion and disability.

According to this law, there is no restriction or denial of the right of voting. It also forbids the discriminatory voting practices through the nation.

The most famous example of racism is between the Jews and the people belonging to Middle East such as Arabs. It has been a long time since Jews have hated and mistreated the Arabs from the Middle East. This animosity is known as Anti-Semitism and it still exists in the Middle East today.

This example is about Australia, where aborigines are the natives of the continent. They are considered to be less than humans and they are hence mistreated. When Britain too over Australia in the 18th century, the laws did not provide complete citizenship to the aborigines. Although many of the aborigines were elected for the legislative position in the Australian government, they still have to face the bigotry stemmed from the Australian culture.

The example of African Americans is another example of racial discrimination. Africans from the time of slavery till today are mistreated throughout the world because of the color of their skin. During the slavery era, they were treated and sold like cattle. They were beaten, murdered and even separated from their loved ones.  After the civil rights movement, some improvement was witnessed but that happened in the early part of the 20th century. Racial profiling laws were created to eradicate the discrimination but sadly, it still exists not just in America, but throughout the world.

A good thing is that with the help of the laws, now people can be held legally accountable in case they treat another person on the basis of racial discrimination. Hence, people have protection to some extent against this act of brutality. 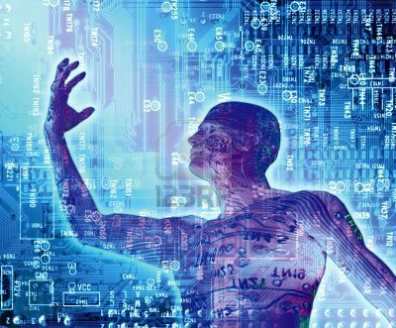