There is a fear aspect in delegation which plays a dominant executive knows for certain that once authority is delegated they will loosen the grip over their subordinates and also control over the operations. It is natural that the executives May not like to lose either the grip or control over the operation. But most important psychology is that by their nature executives have no confidence is their subordinates. They feel that the subordinates are not capable of shouldering a responsibility (or responsibilities) hence the question of delegation of authority does not arise. Sometimes executives suffer from inferiority psychosis. They know for certain that though they occupy a position of strength but their knowledge and skill are not up to the mark. Their subordinates are well equipped and thus they may do the assigned job well. No executive would like to delegate when he feels that his subordinate may surpassed him.

Also Read:    What is Centralization     Delegation of Authority      Principles of Delegation

Types of Fear while Delegating

From the above discussion we may come to a conclusion that there are three types of fear which discourage and thus create problems while delegating.

The above problems with delegation arise out of.

Delegation is an important managerial technique. Every effort should be made to encourage delegation. This creates sense of belongingness among subordinates. It develops the personality of the subordinates and helps in evaluating the managerial performance. It also induces a sense of security among both the executives and their subordinates. A favorable management climate, therefore, should be created for encouraging delegation. 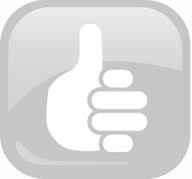