Rajya Sabha has co-equal and co-extensive powers with the Lok Sabha except the financial matters. Any bill, except a money bill, can be initiated in the Rajya Sabha and can become an Act only when assented to by both the Houses. In case of disagreement between the two, the President is authorized to summon a joint sitting of both the Houses. If the bill is accepted by the majority of the total members of the two Houses, it becomes an Act. Similarly, if the bill is passed by one House and sent to the other, remains unconsidered in the latter for more than 6 months, the former can call for a joint meeting of the two Houses. Also Read: Indian Constitution Notes

A money bill can be introduced only in the Lok Sabha. When it has passed, it is sent to the Rajya Sabha for its re-consideration, which it must make within 14 days. If it takes no action within this period, it becomes a law as passed by the Lok Sabha. If it makes some amendments, which may or may not be accepted by the lower chamber. It means that Rajya Sabha is less powerful chamber than the Lok Sabha in financial matters.

Central Ministers can sit in the Rajya Sabha, which can put questions to them. But they need not resign if censured by its members as they will in the Lok Sabha. It means that the chamber has no power of controlling the executive. 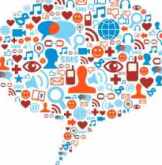