The sub-title of the “Republic” shows the extra-ordinary importance; which Plato attached to justice. Plato wanted to bring to an end the prevailing degenerate conditions and political selfishness rampant in Athens, in order to save his beloved Athens from decay and ruin. He saw in justice the only panacea of saying Athens from degradation and decay and propounded his theory of justice.

The fundamental issue raised by Plato in his book “The Republic” is the definition of justice. To understand the Plato Theory of Justice is essential to mention definitions of justice given by some early Sophists, which Plato narrated in his Republic.

The Theory of Cephalous (Traditionalism)

Polemarchus supports this Cephalous definition of justice by saying that justice means helping one’s friends and harming one’s enemies. Plato rejects their definitions. Similarly it is difficult to distinguish ones true friends from enemies because appearances are often deceptive and it is immoral and injustice to harm someone without proper inquiry.

The Theory of Thrasymachus (Radicalism)

Thrasymachus regards justice as the interests or the sovereign. Plato rejects on the basis that it leads to “Might is Right” which can be applied only in the forests and not in a human society.

The Theory of Glaucon (Pragmatism)

He says that justice is artificial and conventional. It is the child of fear. He says that it is good to be unjust but bad to suffer injustice. Plato also rejects this definition of justice been tune, according to Plato, justice is something internal. It relates to the soul and resides in the heart of individual and the State. According to Plato, there are three faculties in an individual.

The proper inter-relationship of these faculties in the individual is justice. Justice further demands that the two faculties of courage and appetite must be under the direction and guidance of the faculty of reason.

To Plato, State is a magnified individual. Reason in individual represents the guardian class in the ideal state. Courage represents the warriors and the Appetite represents the Artisans in the state. Now justice in the State means that there should be three classes in the State on functional basis. There should be proper relationship among them. They should perform their allotted duties and not to interfere in the affairs of one another and the warriors and Artisans should be under the control of the guardians. Justice thus means, “The will to concentrate on one’s own spheres of duty and not to middle with the spheres of others”. 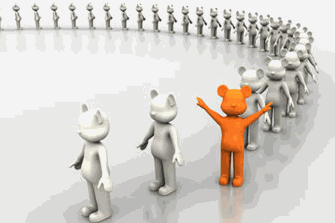