Introduction of Plato on Education

Plato believed that the state could promote justice and right action and prevent crime by a proper system or education. His education scheme is compulsory; state regulated and is meant for both the sexes. By this method, Plato wanted to exclude incompetent persons from holding political Offices in the state and enabling the wisest and the best to rule for the common good.

Plato disliked the Athenian system of Education, which was compulsory but privately managed. He liked Spartan System of Education, which was state-regulated. His Education System is both intellectual and physical. He says that through education the eye must be turned to light. Education does not mean the storing up of external knowledge. It means the bringing of the soul into proper environment for its development.

Plato education scheme is systematic and progressive and has two phases which are Elementary and Higher.

Plato on education says that up to the age of six, a child is to be taught simple religious and moral truth. Then he should be taught lessons of good manners and good tastes. Plato censors education from early childhood. Nurses and parents are forbidden to tell them tales, which may teach wrong morals and create psychological twists.

Then from seven to eighteen years of age, education is both physical and intellectual. It includes basic sciences, music for general study of poetry and literature, and gymnastic to develop a sound physique.

From 20 to 30 years of age, students are taught natural and mathematical sciences. Emphasis is laid on mathematics, geometry, astronomy and logic. There is also training in public service.  At the age of 30 there is a selective test and those who fail it are dropped down to become subordinate officers of the state.

The remaining students are given 5 years more training in mathematics, chiefly the science of dialectics. At the age of 35, they are required to undergo practical training for 15 years. At, the age of 50, they will become full guardians, devoting half of their time to state affairs and hall to speculation. They are now guardians or philosophers in the true sense.

Plato Education System has deeply influenced human thought and action. Modern civil and military services properly trained and sifted are in line with it. His emphasis on women education is commendable. He is right compulsory and state-regulated, but in spite of all these, there are following defects in it: 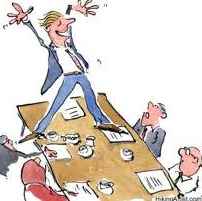