cultural pattern is the way of behavior of the people. A large number of people following certain behavior make it a custom. This custom when growing popular among the people becomes a precedent and a rule of social life. This rule of social life is pattern of culture. It is that ideal which is presented as an example to the people. These people are expected to behave according to cultural patterns. A culture develops patterns of behavior in all social situations. These patterns are also the normative orders of society. Violation of these patterns is disliked in society by condemnation.

Trait is the smallest unit of a culture. It exists and functions with the organization of other related traits. The parts of a watch are traits and all the parts when organized together function as a whole in the watch.

Hoebel defined cultural trait as, “a reputedly irreducible unit of feared behavior pattern or material product thereof.” Horton and Hunt gave examples of a nail, the screw driver, the pencil and the handkerchief in material culture. The shaking of hands, driving to the left and the salute to the flag are the examples of non-material culture.

A complex is intermediate between the trait and the institution: A cluster of related traits is called ‘culture complex’. A number of traits when organized together make a culture complex. A watch, football match, attitudes and actions, prayer, Hajj, Eids, agriculture system, market system, a political party, a constitution, an industrial unit, an examination system are the examples of culture complex.

An institution is a series of complexes centering upon an important activity. It means when a number of cultural complexes unite together on a certain point make an institution. Marriage is an institution with betrothal, nikah, dowry and marriage party as its complexes.

It is that geographical area in which a cultural trait is originated. The place where that trait is born is called the ‘place of origin’. This trait spreads around through diffusion and covers an area. This area is called cultural area. 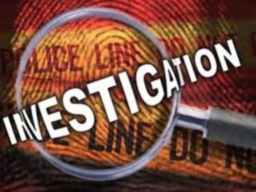