A critical evaluation of the Indian Constitution reveals the fact that it combines both federal and unitary feature. Nevertheless, the centripetal bias in it is strong that it is only federal in form and unitary in spirit and therefore, quasi-federal in nature. As such it can operate as a federal or as a unitary constitution as time or circumstances require.

Secondly, The Constitution of India is written and is also fairly rigid. The provisions that deal with the distribution of powers between the Centre and the States cannot be unilaterally changed by Parliament, the central legislature.

Fourthly, there is also some amount of special revenue arrangements both for the Union & the States.

In spite of its federal features mentioned above, the Indian Constitution is more unitary than federal, which make it quasi-federal in nature and enable it to operate as a federal or a unitary constitution as and when circumstances so require. Its unitary features of indian consitution are the following:

First of all, the Centre has been given a long list of exclusive powers. There are, about 97 subjects in Union List. Moreover, the Concurrent List contains 47 more subjects, in which the Union has concurrent power of legislation with the States. But even the laws passed by the Centre override those passed by the States. Moreover, the creams of powers are allocated to the Union.

Unlike the US or the Pakistan provinces the residuary powers has been given to the Union Government in the Indian Constitution. This is definitely a source of strength for the Centre.

It time of emergency, due to war or internal disturbance or caused by the failure of constitutional machinery, the President can by proclamation transfer to Parliament all the legislative and executive authority of the States. Thus, in times of emergency, India becomes a unitary state for all practical purposes.

Even in normal times, The Centre can take over any State subject if the Council of States (Rajya Sabha) approves of it by 2/3rd majority of its members present and voting  on the ground that it is of national interest. It is to be remembered that the Council of States, unlike the US Senate is not constituted on the principle of parity of states, as the Indian States are not equally represented in it.

States have no Constitution

The Indian judicial system is unitary. There is a single integrated judicial system for the whole country, with the Indian Supreme. Court at the top. In a true federation there is a dual system one for the federal laws and the other for the laws of each federating units: as is in the USA.

The Unitary bias of the Indian Constitution has been made more prominent by providing single citizenship. In other federations, there is often dual citizenship i.e. a person is both a citizen of the federation as a whole as well as of the unit in which he dwells.

On the whole, the states of the Indian Union do not possess independent sources of income, but are dependent upon the Centre. Financial dependence of the Centre makes them dependent in policy and administration as well.

Though there are Central and the State public services, yet administrative system is on the whole one and integrated for the whole country. The All-Indian Services (Police and Administrative) are controlled by the Centre and their members hold key posts in the state Administrations.

Again there is one Election Commission for conducting and supervising general elections all over the country.

Even the existence of the units of the Indian federation depends on the will of the Centre. Article-3 & 4, which empower the Union Parliament to form new states and alter the boundaries and names of the existing states, are not only the negation of the federal principal but the very definition of a unitary constitution. 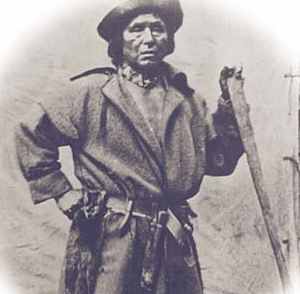