Population change has been defined in terms of mortality, fertility and migration. According to the United Nations, mortality is the percentage of death in the population. Death has been defined by WHO, “death is the permanent disappearance of all evidence of life at any time after birth has taken place”. This definition by World Health Organization proves that death can occur only after live birth. Therefore mortality is closely related to live birth. The United Nation has defined live birth as following. Live birth is the complete expulsion or extraction from its mother as a product of conception and after separation, shows some evidence of life such as breaths, heart beating, pulsation of the umbilical cord and other movements of voluntary muscles. Death prior or before a live birth is not included in motility but it is called still birth.

Another source of collecting mortality data in Pakistan is the national sample survey (NSS). It collects information’s about a variety of topics related to death. It was established in 1949 and is gathering mortality data since October 1953. It estimates better than those of the registrar general in Pakistan.

This scheme was launched by the registrar general of Pakistan in 1964. It is also known as sample registration system. Its basic aim is to collect reliable mortality data. It undertake continuous enumeration through local enumerators. The supervisor check the data and compared it to other sets of records. After verification, a final list is prepared and the death rates are calculated.

Besides the above direct methods of obtaining deaths data, the indirect methods for motility estimation is used. Firstly the age data of two consecutive census are used and the deaths rates are obtained through the application of differencing method, reverse survival method, stable method and quasi-stable population method.

Mortality rates are typically calculated over one year period of time. The population size may change considerably and year mid-point is considered as a rough guide. Mortality rate is measured in number of death in certain population. It is expressed in units e.g. deaths per 1000 population. For example a mortality rate of 8.5 out of 1000 people mean that 8.5 deaths per year in the said population or 0.85 out of total population. Below table shows highest death rate in 2014 according to CIA world Fact Book.

United Nations and other agencies have pointed out the causes of mortality or high death rate, particularly up to 19th century. Following are the most important reasons for high mortality rate.

Famines and food shortage are the most important causes of high mortality rate. During the period 1000 A.D. to 1885 A.D, almost 450, localized famines were recorded in Western Europe. The situation in Asia was worst and famine were constant factor for mortality. During the period 108 BC-1911 A.D, china experienced 1828 famines, almost one each year. Food shortages were due to famines and insufficient food supply which results in malnutrition diseases and deaths.

Before two centuries back, scientific knowledge about diseases did not exist and therefore the disease took a heavy tax of life. These include typhoid, dysentery, smallpox, malaria, cholera, T.B, pneumonia, yellow fever, measles, whooping cough and plague etc.

Recurrent wars in different countries are also responsible for high mortality rate. For example; in the Franco-Prussian war of 1870-71, about to 10 thousands of deaths happened and about 13,000 had to loss their body organs. In 20th century, the two great wars brought deaths a large scale.

Earth Quakes in various countries of the world took heavy tax of human life. Recently the earth quake in Pakistan which affected various areas of Hazara, Balakot and about eighty Thousands human beings were lost. Some of them became homeless while others faced contagious diseases which affected their health badly. Earth quake in Indonesia, Japan, and china also gives great loss to human life and brings high rate of mortality.

Before the present century, in pre-industrial times, the sanitary conditions were very poor in most of the countries. Even in industrial societies the environments were filthy and there are many cities facing the problems of overcrowding and poor sanitation system. Up to 13th century, the use of soap was almost unknown. 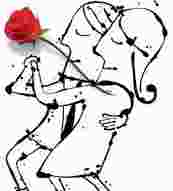