How to Delegate Authority

How to delegate authority, to answer this question here is an example of a big manufacturing concern the following may be the method of delegation of authority to ensure better result, unfiled direction and command to make effective deletion.

When the work of enterprise is located at different distant places it is not possible for an executive to manage the whole affairs single handed. He then proceeds to delegate his authority to those who are posted at the places where physically he cannot be present round the year. This is known as geographical method of delegating the authority.

When the enterprise is organized on the basis of functional organization the delegation of authority is also done on the functional basis all the heads are given to manage their departments according to their skill, knowledge and experience. Of course, they are a accountable to the chief executive.

This method of delegation authority is based on technical knowledge and skill. Here the authority is delegated in order to get the advantage of expert and experienced hands and their technical skill.

The delegation of authority may be done according to the following classification also.

This classification is sometime referred to as technical delegation though in technical sense of these three are another set of methods of how to delegating the authority. 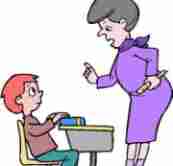