Assumptions of the Theory

The Marginal Productivity Theory is based on certain assumptions which are as follows: 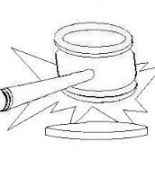