How does a Biological Person become the Social Person?

In 1902 Charles Horton Colley presented the theory of looking glass self is a social psychological concept which is interested in how a biological person becomes a social person. He realizes that this involves the process of socialization. He states that infants have no conception of the world as being separate from themselves. This understanding is linked to the learning of language.

Children’s First Mine and Then I, and Me

The children first mine shows that they are becoming aware of themselves as separate people use of I and me”, shows a still high order of abstraction and indicate fuller self-awareness as a person.

Looking glass is the group or society in which a person imagines how others see him.

Self is the Product of Social World

Position Self Concept. A favorable reflection in this so called mirror leads to a positive self concept

Negative Self Concept. An unfavorable reflection in this so called mirror leads to a negative self concept. For examples A girl (though ugly) is treated by her parents as if she is pretty one, starts behaving in a positive way as if she is really pretty.

Self Concept Starts in Childhood But is Life Long. It is noteworthy that although the self concept begins in childhood, its development is an ongoing life long process. 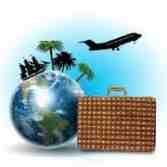