Language and its Communicative Role in Journalism

There are many of languages used in verbal communication, with some 3500 identified throughout the world. However, speech is common in all societies while writing is not, the number of written languages is much lower, with one estimate showing not more than 500. It is estimated that there are almost 16 languages which are spoken by more than 50 million people i.e. Chinese, English, Italian, Spanish, Russian, French, Hindi, Portuguese, Bengali, German, Japanese, Arabic and Urdu

People transmits his knowledge by some form of language. There are three forms.

Language means system of sounds, words, patterns used by humans to communicate their thoughts and feelings. So language is the source of expression of thought by means of speech sounds. Language is the most powerful, convenient and permanent means and form of communication.

Importance of Language in Communication

Any language can play a vital role in learning, it enables you to communicate and understand a subject. Following are reasons to understand language and develop your language skills whether in academic English or professional life.

Language is an organization of sounds, of vocal symbols, the sounds some message. Speech is primary to writing but there are several languages in the world which have no writing systems but it enjoy the status of languages because they are spoken. Music and singing are vocal sounds but they are not languages.

Language is a means of Communication

Language is also a means of communication non-linguistic symbols such as signals of various kinds, traffic lights, road signs, and flags are also means of communication, but language is the best means of self-expression. With the help of language human beings express their thoughts, desires, emotions,- feelings, happiness, sadness then human beings store knowledge, transmit message, transfer of knowledge and experience from one person to another, from one place to another place, from one generation to another generation. It is language which links present, past and future together.

From the birth of human being the evolution of language was started. Man feels the necessity of language from the very first day. It is worthwhile to mention here if a language is not used in any society, it dies out and on the other hand if language is used in society, it alive.

Every language is the gift of evolution and convention. Each and every generation transmits this convention on to the next generation. Languages change and die, grow and expand just like the other human institutions. Nobody gets a language in heritage, man acquires it and he has been provided with an innate ability to acquire language.

By the arbitrariness of language we mean that there is no inherent or logical relation or similarity between any given feature of language and its meaning. That is entirely arbitrary, that there is no direct, necessary connection between the nature of things or ideas in language. There are variation in different languages of the world and have no uniformity.

The symbolism of language is necessary. A symbol stands for something else. It is something that serves as a substitute. We have sounds and words as symbols. 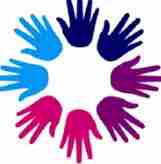