If you will, try to imagine our prehistoric ancestors, emerging from their caves and reaching out to their environment. Archeologists, who refer to this era as the Ramapithecus age, tell us that cave people possessed the basic senses of sight, hearing touch smell and taste. Different from creatures of the 21st century, their brains and cultural nervous system began slowly to evolve and later generations gradually acquired the basic tools of communication. They began to distinguish between pleasurable and unpleasurable experiences. More refined perception and a more sophisticated brain and central nervous system developed simultaneously and aided in satisfying basic needs, light to see, air to breathe, food to eat, water to drink, sleep to strengthen, and shelter to protect them from the environment. By about 300,000 B.C., their nervous systems and brain, as well as their genetic features began to resemble those of present day man.

Two hundred thousand years later embryonic language began to develop, replacing a communication based mainly on touch. Regardless of whether this language developed through learning or instinct, genetic evolution had now been joined by language evolution. By about 7000 B.C., homo-sapiens had evolved genetically to their present form, and the ability to communicate had gained another medium pictographic. These wall inside caves and temples remain vivid picture messages that depict the life and religious beliefs of these first humans. Then these etchings became highly stylized, and the first symbols came into existence. Primitive alphabets, sometimes consisting of more than 600 characters, marked the beginning of recorded history.

Man was now able to record socio-cultural events, attitudes, values and habits and trace the development of moral codes. Many of these techniques continued into modern cultures, such as those of North American Indians who recorded famous battles, songs and the lives of chiefs for posterity. Cultures learned about and studied other cultures. Historical perspective developed so that, when planning our futures, we could examine our past.

As civilization continued to expand, interpersonal communication was used cross-culturally. Relay runners would carry messages to distant places but this system of purveying information was still very slow and mostly determined by how fast a messenger could run or ride. In some cases the messages took months and even year to reach their destination.

Even in those ancient and early medieval times, bulletins, news pamphlets and other propaganda material, used to be pasted on the walls. Some-times, royal proclamations or edicts were also pasted on the walls or inscribed on stones. The kings in ancient times used to get written reports from their departments and their spies or agents. Writer’s of newsletter also sent news to the persons who were residing far away from the capital of a country. The Newsletter thus is quite an early institution

Undoubtedly, the history of journalism is closely linked to the developments of the printing press. The credit for the invention of the art of printing goes to the Chinese. It is said that the Chinese were the first to use moveable types for printing press. Even paper was first of all manufactured in China. The first book was also printed by a Chinese in 868 A.D. The Chinese court gazette is said to be the oldest newspaper published at Peiping. The knowledge of the art of printing spread to the West from China. The Chinese had developed the movable types between the 9th and the 11th century. In 15th century Johan Gutenberg, a gold smith of Mainz developed a movable type.

In middle of the 16th century the morning newspaper took shape in Europe.

In the year 1609, two news sheets namely “Avisa” from Germany and “Relations” from Strasbourg started coming out regularly.

By 1621, the English printers started their own news sheets. In 1621, a single news sheet called Coranto was published in England. In 1665 The Oxford Gazette, made its first appearance.

In 1550, the Jesuits brought the first printing press to India. In the beginning only religious books were published in Portuguese, Tamil and Malayalam. In sub-continent news writing in the shape of newsletters had become quite prevalent during the Mughal period although the manuscript reports were also copied some times for wider use. The first attempt to start a newspaper in Calcutta was made by one William Bolts. But in reality James Augustus Hickey started the first newspaper, the Bengal Gazette. His newspaper consisted of two sheets only. East India started the next newspaper, named as the “India Gazette. The first, Urdu Newspaper of the sub-continent was Jame-i-Jahan Numa, which came out in 1822 from Calcutta.

There were other newspapers like New York Tribune 1841 and New York Times 1851. To provide coverage to Europe wire service was initiated in 1848.

During CIVIL WAR every newspaper rushed to produce news as soon as possible. The short and crispy journalism took place. To send stories reports adopted means to telegraph or rail.

New York was the Center of News

Some western papers were focused on local news but NY Times for the hub of international news for decades. Western papers did contribute two important forces in the American journalism. In first 25 years of the 1800’s William Randolph Hearst and Joseph Pulitzer established two more New York papers.

HUNGRY, FRANTIC FLAMES. “They Leap Madly Upon the Splendid Pleasure Palace by the Bay of Monterey, Encircling Del Monte in Their Ravenous Embrace From Pinnacle to Foundation. Leaping Higher, Higher, Higher, With Desperate Desire. Running Madly Riotous Through Cornice, Archway and Facade. Rushing in Upon the Trembling Guests with Savage Fury. Appalled and Panic-Striken the Breathless Fugitives Gaze Upon the Scene of Terror.”

– The Examiner (owned by Hearst)

Muckraking journalism switched to investigative reporting. Upton Sinclair in 1905 published a book “the Jungle” unhide the unhygienic conditions of meat packing which lead to Pure Food Act in 1906.

In 1895 Marconi sends first transatlantic radio signal which became the great competitor of print media by 1930. Many small papers got out of business and large newspapers were consolidated and merged.

Rupert Murdoch of the world’s media giants merged 20th Century Fox Film Corporation with many independent television stations which leads to the Fox Television Network in 1985. It was the first television network in the United States to be created since the 1950s.

In 1984 Winfrey moved to Chicago and started hosting an ABC television network morning show “A.M Cicago”. Winfrey changed the format of daytime shows by adding a platform for honest sincere debate. Oprah Winfrey Show was one of the big hit of 1980 and continued its journey to next century.

Some other important personalities in the history of journalism include Woodward & Bernstein, Hunter S. Thompson and Barbara Walters etc.

Mobile journalism is another revolution in journalism. Here numerous skills are required for success. It is a new media of storytelling where mobile journalists (mojos) use electronic devices like mobile, laptops, digital cameras, tablets and broadband internet connective to gather and distribute news. These mobile reporters are known as mojos or freelance journalists. 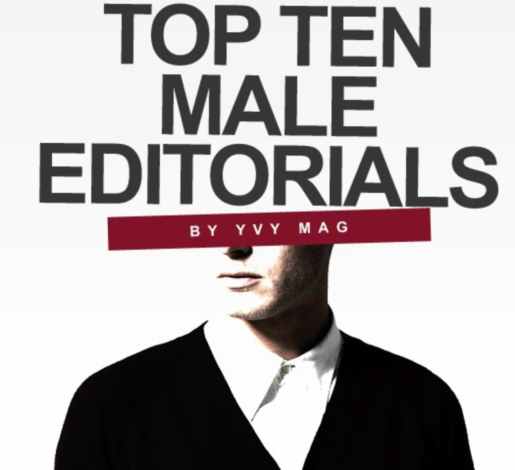