Introduction to Islamic Provisions of 1962 Constitution

Pakistan is the only in the world that came into being on the basis of an ideology i.e. Islam. After establishment there was a political and also an ideological conflict between Ulama and Western educated intellectual elites. The former wanted to make Pakistan a true Islamic polity while the later were in favor of making Pakistan a secular state. Under 1956 Constitution Pakistan was declared to be an Islamic State called Islamic Republic of Pakistan and Objective Resolution was included in the preamble of the constitution.

Islamic Provisions of 1962 Constitution of Pakistan

The Islamic provisions of the 1962 constitution are as follows

It retained the Islamic Preamble of the 1956 constitution with some modifications.

In this constitution word the Islam was eliminated from Islamic Republic of Pakistan afterward it was restored with first amendment.

It was clearly stated that laws which are unacceptable to teaching Holy Quran and Sunnah will not ordained.It was the duty of legislature to decide that legislation enforcing is violating the rules of  Holly Quran & Sunnah or not.

A Muslim Head of State

The Head of State would be a Muslim who should maintain unity and friendly relations among the Muslim states.

The constitution recommend for the foundation is Council of Islamic Ideology. The basic aim of this advisory council was to encourage Muslims of the country to stick their life to the principles of Islam (Quran and Sunnah).  This council will report to the Central Government.

Pakistan constitution of 1962 provided for the establishment of Islamic Research Institution, Its functions were: 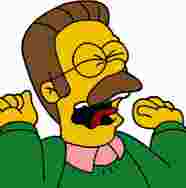