Introduction to International Economics and Politics

International economics is mainly concerned with the study of economic relations among nations. In International Economics we keep emphasis on the study of different economic institutions, which are working internationally, different economic system, which are prevailing or which were once in existence and now are disappeared and also different patterns that sustain flow of goods, services and capitals. Today the world has become a global village and dependency of states has also been increased and especially in the economic sphere every country is dependent on each other.

The interaction of politics and economics is an old theme in the study of international relations. From 17th century mercantilists to 20th century Marxists students of relations among states deal with the problems of international political economy age, any kind of separation between them is impossible.

To understand the history of economics and politics we should highlight the past history of both. During 17th and 18th century, before the students of International Relations IR, the politics and economics were one and same. But during 20th century liberal theorists rejected the old concept of their unification and replaced it with two separate orders. They presented two reasons for this:

The liberalists are of the opinion that peace can only be possible if they are kept separated from each other. Due to this theory, international political economics was fragmented into two branches i.e.

3rd world countries remained subordinate to West and East system. With the passage of time, the Analyst ignored economics and attention was focused on security issue, because of west and East mutual conflict for dominancy and the Vietnam war, Korean war, oil crisis 1970 brought the attention towards economic and we can say that in theory both can be separated but in practices, it is impossible.

Link between Economics and Politics

There are three ways in which political factors affect economic out comes.

In this modern geo-economic world, economics is the battle field for political conflicts. Through out the modern history production, distribution and consumption have been affected by diplomatic and strategic factors.  Read More

International economic relations are themselves political relations. International politics may be defined as “the pattern of political interaction between and among states.” Interaction in the international system ranges from conflict to co-operation. At one extreme is pure conflict as when the interests of non-state actors are opposed. If one actor realized its goals, the other can not achieve its objectives.   Read More 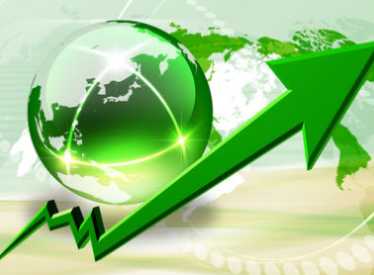