According to Oppenheim, “Negotiation is an intercourse between two or more states as is initiated and directed for the purpose of effecting and understanding between them or settling a dispute. Moromi Jay, in 1924 wrote in a case that negotiations in International Law is an administrative or managerial mean. According to Oppenheim, full-fledged sovereign states are the regular parties to International disputes. In this way, the disputes are settled by means of directed negotiations or then by correspondence as India and Pakistan strive

In this method, a third friend state strive to settle a dispute between the two states. In case of good offices, a third party, without participating in the negotiations, suggest settlement. While in case of mediation, a mediating state participate in the negotiation either on. the request of the concerned parties or on its own initiatives. A third party may be state, an international organization or an individual. There are no definite rules of procedure of International Law to conduct good offices or mediation. To illustrate, Kosygin, the Prime Minister of the Soviet Union, played this role admirably at Tashkent between India and Pakistan in 1966. Recently, the Shaat-Al-Arab River boundary dispute between Iraq and Iran was resolved (1975) through the good offices of the Algerian President. Sir Owen Dixoti was appointed as a mediator by the UN on the Kashmir issue between India and Pakistan.

In a broad sense, conciliation means the great varieties of methods, which are applied by other states, impartial bodies or Advisory Committees. In a restricted sense, conciliation means the reference of a dispute to a committee or commission to make or report with proposals to the parties. for settlement. These proposals to the parties are not binding nature.

According to Hudson, “Conciliation is a process of formulating proposals of settlement after a thorough investigation of the facts and the parties are left free to accept or reject the proposals formulated. The Hague conventions of 1899 and 1907 provided for the pacific settlement of disputes by means of conciliation commissions.

In enquiries, the facts are investigated and a course for negotiated adjustment is cleared. It, like conciliation, does not to make specific proposals for International disputes but to investigate and establish facts. In fact, enquiries are done particularly to solve the boundary problems. Enquiry is made to settle a boundary dispute in the lights of the historical-and geographical facts, which are accepted to both the parties. The Hague Conference of 1899 proposed for the establishment of International Commission of Enquiry. The North Sea Incidents Enquiry and the Ubantia enquiry are examples of such commissions. This mean was employed in the Dogger Bank incident of 1904. In this incident, some Russian warships had fired by mistake on the British fishing vessels in the North Sea. The Commission of enquiry provides a cooling off period, while investigation is under way and hostilities are suspended during the enquiry period.

Arbitration is a significant method and of quasi-judicial nature. The procedure of International arbitration is the same as in Municipal Law. Largely pure legal issues are referred to arbitrators for settlement on a legal basis.

In the Hague Conference of 1899 the laws of arbitration were codified and permanent court of arbitration was founded. In arbitration, the references of a dispute are referred to certain persons called arbitrators. Chosen by the parties, and they make awards not strictly resorting the legal considerations.

Arbitration is essentially a consensual procedure and the parties cannot be compelled to arbitrate e.g. Alabama claims arbitration 1872.

Reference of a dispute to an impartial person or persons, called arbitrators, for ‘a decision or award based on evidence and arguments presented by the disputants. The parties involved usually agree to resort to arbitration in lieu of court proceedings to resolve an existing dispute or any grievance that may arise between them. International arbitration is the settlement by a mutually acceptable third party of disputes between sovereign states. In Europe, the first important development in international arbitration in modern times was the Hague Conference of 1899, which resulted in the creation of the Permanent Court of Arbitration. Although reluctant to participate in many early international treaties, the U.S. continued to make individual arbitration treaties, especially in the years between World Wars I and II. Today, international arbitration may be used to settle boundary disputes, controversies about interpretation of international agreements, and claims arising out of wartime damage. Some 80 countries, including the United States, the former Soviet republics, and all other major commercial nations outside Latin America, are parties to the United Nations Convention on the Recognition of Foreign Arbitral Awards. This convention enforces arbitral awards rendered in any contracting state, regardless of the nationalities of the parties to the dispute. Typically, international arbitrations are heard before three arbitrators, one appointed by each side and the third by mutual agreement or by designation of an administering body. Most arbitrators are jurists and are expected to support their award by full opinions. Centers for international arbitration are London, Paris, Zurich, Geneva, New York, Tokyo, Hong Kong, and (for East-West trade disputes) Stockholm.

Under this method a dispute is handled by the contention of both the parties. When only one party files a dispute in I.C.J, it shall be processed when the second party also has contention. Generally under this method, International Court of Justice can handle the following disputes:

According to the Article-96 all the U.N members are bound to accept the courts decisions to which they are parties. The United Nation’s General Assembly and Security Council are authorized to get advice in complicated problems. Other United Nations specialized agencies with the prior approval of the General Assembly are also authorized to get advice from the International Court of Justice.

Settlement Through the United Nation Organization

The U.N General Assembly, according to the article-14 of the Charter can settle the dispute between its members. U.N Security Council determines the threat and then takes actions to settle the dispute. It can ask the United Nations members for assistance, it can appoint investigation commission 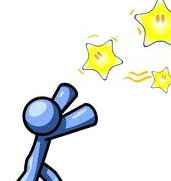