Illegal Immigration is the type of migration in which people cross the national borders by violating the immigration laws of that country. No matter how strict the rules are, many people eventually manage to come to the United States, Europe and many other countries in an illegal way. There are millions of immigrants living in the country these days who have crossed the borders illegally. Some say that having these immigrants is actually beneficial for the US economy because they bring additional tax revenue, the labor pool expands and the money circulation increases. These are the people normally willing to perform the jobs that Americans are not willing to take whatsoever. However, there are people who are against this illegal activity because they have crossed the borders by breaking the law or by overstaying in the country despite the fact that their visas were expired. These individuals should be identified and deported. Among these illegal people, there are criminals and individuals who do social and economic harm.

Problems: The very first illegal immigration problem is the fact that it is unlawful. The immigration laws have been developed for the protection of the citizens and if the borders are crossed illegally, it means the protection of the citizens is at threat. Other problems that have been caused because of this illegal activity are the loss of jobs, stolen tax-payer resources, depreciated wages, domestic terrorism and crime. Each of these issues directly harms the US citizens. Millions of citizens are unable to find good jobs because the illegal aliens have occupied most of them. The Americans complain that these aliens have broken the law and yet the tax-payers are forced to pay for the healthcare needs, education, infrastructure etc. Most of the immigrants who are illegal come from the third world countries and they cause social problems. As they have broken the law in the first place, they violate the laws within the country too. That is why they are the ones mostly responsible for crimes, driving drunk, dealing in drugs, kidnapping children and being a part of the violent gaps.

Solutions: Illegal immigration laws have been passed in order to curb the problem. Apart from this, the list below shows the solutions to this problem:

In recent years Illegal immigration in America has stabilized after rapid growth in the past decades but there have been noticeable changes in other States where unauthorized people live and the countries where these people burn.

The country has developed Immigration Reform Bill to resolve this trouble. The bill consists of 4 sections that deal with border security, immigrant visas, enforcement and nonimmigrant visas. Although things seem under control but as there are a lot of immigrants already there in the United States who are illegal, there is trouble out there that needs to be addressed at the grass root level and this is going to take a lot of time and effort. 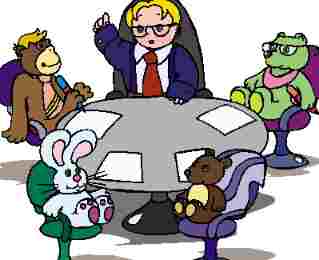