The development of community is not so easy, it required full zeal, time and work determination. The word community was first introduced by UK at the “As Bridge Conference” in 1945. In this year IMF was also established for mass education. The main purpose was to give loans to the poor and needy countries for developmental purpose.

During Second World War community development programs were started for the rehabilitation of the affected and victims. In 1940-1945 World Bank introduced to give loans. In 1950 USA introduced technical assistance program for the assistance of rural areas.

During the same year United Nations also study community development and in 1951 with the instructions of USA and United Nations started technical assistance and ICA (International Cooperation Administration) programs. In 1953 other agencies of United Nations began to introduce coordination development programs all over the world. 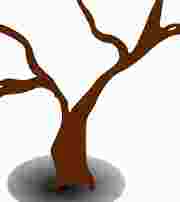