France, officially known as French Republic or Republic of France is the third largest country in Europe after Russia and Ukraine and the Fourth most populous nation.

France is also one of the oldest states in the West. One cannot say about its earliest inhabitants. Its history is very long. Before the French Revolution of 1789, they were under tyrant kings such as Henry IV and Louis XIV. The Revolution ended the monarchy but enable to establish a durable democracy. Power fell to Napoleon Bonaparte and he created an Empire. Upon Bonaparte’s military defeat in 1815, the country arrayed against him and French democracy was restored.

The Revolution of 1848 abolished the monarchy once again and in 1858 Napoleon III, new Empire came into being. This regime disintegrated in 1870 when Napoleon III get arrested and put behind the bars by Germany during the Franco-Prussian War (1870-71).

Democracy was planted in France under the Third Republic. A system of government formally established by the Constitution of 1875. A President elected by a bi-cameral legislature and Parliament replaced the emperor and a cabinet responsible to the Parliament exercised legislative powers. The Third Republic serviced until 1940 when German troops occupied France-WW-II.

In 1946, when the WW-II ended French voters approved the constitution of France the Fourth Republic, which included several revisions ‘intended to ensure a government. France had 26 different governments during 12 years implementation of Fourth Republic.

In 1958, an uprising in Algeria a French colony, created fear of coup in France. General Charles de Gaulle, a French resistant leader during WW-II, was invited to form a new government and draft a new constitution. De Gaulle opted for a presidential system with a strong and stable executive at the centre of power: His constitution was approved by a popular referendum and established the legal basis of Fifth Republic (1962).

De Gaulle took the office of the First President 5th Republic. He made France an independent nation especially in the foreign affairs and because of this reason’ France had played a vital role in European Union. 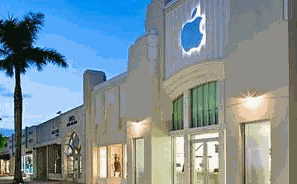