Usually Gender violence is referred to the violence against women but it is not just females that become a victim of the oppression, even men are inflicted by it. This violence rises due to the inequalities between men and women. The violence occurs as a result of normative role expectations which are associated with the gender (male/female). There is unequal power relationships between the genders in context of the society. Women are the primary target of gender based violence (GBV) and they often have to suffer the exacerbated consequences as compared to what men have to encounter. Women unfortunately have a lower social and economic status than men and they have less resources available at their disposal due to which they are unable to escape the abusive situation and seek justice.

There are different types of Gender Violence. Let’s look at the ones we experience these days:

What are the Main Causes of Violence?

GBV is not caused by a single factor; there is a series of causes. Here are the major ones:

Individual Factors: These include the biological or personal history factors which can increase the risk of violence. Young age, low level of education, low economic status etc. are the risks that trigger intimate partner violence. For example, pregnant women are at the higher risk of experiencing violence through the intimate partner.

Relationship Level Factors: The level of relationship with peers, family members or intimate partners might also become a cause of GBV. For example, men who have multiple partners cause intimate partner violence. Such men might also be involved in risky behavior. Some families have a really illiterate response to sexual violence, they blame the women and their major idea of insisting is to concentrate on restoring the family honor. Instead of punishing the men, they actually encourage rape through impunity.

Community Factors: This type of GBV is caused in the context at which the social relations are embedded. Poverty seems to increase the risk of violence even more than any other factor. That’s because it is considered to be the marking factor to become the cause of a number of social conditions that combine and increase the risk women have to face. Women living in rural areas hence become the victim of violence more often.

Societal Factors: There are some cultural and social norms that have shaped the gender roles and led to unequal power distribution among men and women. In societies, intimate partner violence is quite common. As men have the power of making decisions in the house, they can easily give divorce to women. The female is also not antonymous in making decisions about intercourse even.

Gender violence can be really devastating especially for women. As they are considered low in economic and social status, they easily become the victim. It is high time to stop violence against women and give them the social rights which they deserve. The consequences of gender violence are devastating indeed. It can pose threat to the reproductive health of the women and they can also become psychologically ill. An abusive relationship with the partner may get the female into forced pregnancy and even forced abortion. She might also get exposed to STDs. This violence also impacts children, especially the ones who are witnessing these actions. Programs like the 16 days of activism against gender violence have been created for curbing violence. 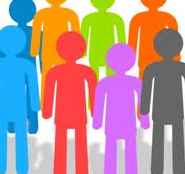