Feature is an English word, which means part of face, characteristic portray or give prominence. In Journalism feature stands for those light pieces of composition which are quite interesting contrary to the boring and routine articles and news of newspapers. We are giving some definitions of feature by Urdu and English Journalists in the following paragraphs.

A comprehensive, English book Scholastic Journalism defines it “A feature is such a unique piece of composition among journalistic writings as can give ultimate fame to the newspapers and can earn their writers a place among renowned commentators of future”.

Definition of Feature in Newspaper

M. Lyll Spencer defines it as “. Feature is an invention of journalists, which they have adopted to transform news of lesser interest into those of greater interest.

John Foxmot has defined ‘feature’ in his book ‘New Survey of Journalism’ in the following words. “A feature is more than just a news, in it any one of the human features i.e. love, hatred, curiosity, terror or humour is promoted to get attention of the readers and to arouse their interest”.

Feature is a colorful picture in prose, which describes all aspects of an issue in such an enchanting way that a reader may hold it equivalent to drama, short story and literature. It compels him to read many other articles of newspapers and at the same time competes with electronic media.  A feature article is a comprehensive article. It gives background information and well considered views on certain events, or personalities. As it is different from a news story, it is rightly called a non-news article. Serious readers of newspapers love to read as many feature articles as possible. It widens their knowledge and sharpens their intellect.

While writing a feature following points should be kept in mind-‑

Characteristics of Feature in Newspaper

A feature attracts interest, centers attention and fascinates the emotional senses of the average reader. In order to do this, the newspaper feature usually centers around some single basic emotion or takes it’s point of departure from some item of current interest. The reader is not moved by the importance of tidings, but rather his attention is impelled by the human touch which builds the feature around one of his emotions which may be love, hate, curiosity or fear. 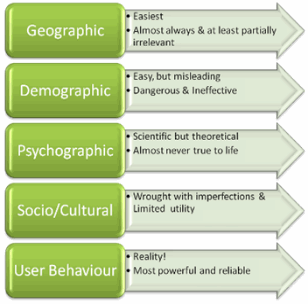