This is largely owing to the attempt made by ingenious make-up men to draw the reader’s attention to the editorial page through the arrangement of interesting features and typographical display. “In these days,” says John E. Allen in his “Newspaper Makeup”, “When the average newspaper reader has less time for reading, than formerly when he does more glimpsing than reading and confines most of that glimpsing to the headlines and leading news stories or entertaining features he seems to care little or nothing for newspaper editorials. If his attention is to be captured and held by the editorial page, that page must be unusually attractive physically. It must be even more inviting looking than the general-news pages, and even easier to read”.

Advice regarding content and makeup of the editorial page must necessarily be general, since practice differs with different newspapers. As to the editorial content, the following observations must kept in mind while writing an editorial.

Purposes of the editorial page

The editorial page provide a platform for readers to give their opinion in order to: 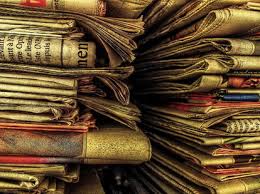