One of the most important features of the American constitution is separation of powers. The constitution clearly states that all legislative, executive and judicial powers are vested in the Senate, President and the Supreme Court respectively. There is no other constitution in the world in which the demarcation of the three wings of administration is so clear. In Pakistan, for example, all executive power of the federal government is vested in the President, but the Parliament consists of the President and two Houses. This shows that the executive has been associated with the legislature in a very active manner. Similarly, in England Parliament is sovereign in every respect and the executive is subordinate to it. However, in the US each of the three wings is separated and distinct without being dependent upon the other. It is said that the fathers of the American constitution were deeply impressed by the theory of “Separation of Powers”.

The President for example, has a fixed tenure and is not responsible to the Congress. The Congress is independent of the President since it cannot be prorogued or dissolved by him. The federal judiciary is also independent of both the executive and the legislature. No judge of the Supreme Court can be removed except by a very difficult procedure of impeachment. 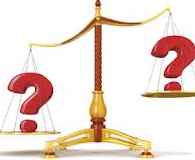