Divine right of kings theory is an old theory of sate. In those days people were not civilized and did not have much knowledge. Religion was very powerful. As the time passed this theory was further developed. During the 17th and 18th centuries, due to development in the fields of Science and Technology, this theory lost its importance and was finally discarded.

According to divine right of kings theory, God created the State, the rulers were appointed by God. They were responsible to God alone and not to any human being. The people must obey the King. Disobedience means not only a crime but also a sin. The Kings became so important that some people considered him to be shadow of God on earth.

Divine right theory was modified by King James 1st of England and Sir Robert Filmer in the 17th Century. James 1st had a dispute with the parliament over a share in the government of the country. He told the parliament: A king can never be wicked. Even if a King is wicked, means God has sent as a punishment for people’s sins and it in unlawful to shake off the burden which God has laid upon them.

James 1st tried to justify his claim that as a ruler he was not responsible and accounted to the people for his acts and policies. It was the divine duty of the people to obey the king blindly and without any question. He tried to justify the tyranny.

Sir. Robert Filmer in the book, “Patriarcha” tried to prove that the rulers of Europe were descendants of Adam. Since God had given the ruling authority to Adam, the same post on to kings and princes of Europe. In this way Filmer tried to justify the divine rights of kings to rule as they pleased.

State is not a Divine Institution

It is wrong to say that the state was created by God. It is a human need. Human beings cannot live without a state. No doubt religion has played a part in the development of the state but it is not the only factor.

Justifications of Mis-rule and Tyranny

This theory justifies mis-rule and tyranny and leaves the people at the mercy of an incompetent person. It also goes against human reason. Besides, it is also dangerous because it is not allow the people to think and question the rulers. It makes the people passive.

Divine right theory explains only one form of government that is monarchy. It fully explains how kinship began. But it is silent about other forms of government such as democracy. There are many other questions relating to kingship, which are not explained by this theory

Although divine right of kings theory also known as divine right theory is defective yet in the past it had some vales. In the past it was very difficult or a ruler to control uncivilized people. Something more than human was needed. So the kings posed themselves as the agents of God on earth. As a human being he could be Oppose but as an agent of God the people feared him because to disobey the king is like to disobey God. In this way the kings controlled anarchy and protected the life and liberty of the people. 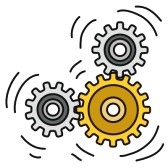 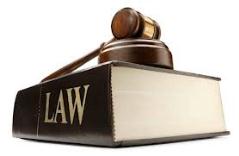