It is referred to prejudice resulting from denial of an opportunity, unfair treatment in the job selection, promotion and transfer is called discrimination. It is practiced on the basis of origin, age, disability, race, gender, religion and political beliefs. In other words, it can be called as unequal treatment due to some logical or illogical reasons.

If we see around we will notice many types of discrimination. Even though our society has become advanced but still there are tons of illogical reasons on the basis of which people face unequal treatment. Let’s explore the common types:

It is the simplest type available. It refers to treating an individual unfairly on the basis of some protected characteristics. It can be because of age, gender, race, marriage, disability, religion or even sexual orientation. If you are being treated unfairly by someone because of any of the above reasons, then you are the victim of direct discrimination. Even if the other person does not mean to treat you differently or they are not aware, it will still fall under this category.

It applies to unfair treatment on the basis of disability and gender reassignment. It can occur if within an organization that is a rule or policy that applies to all but it is particularly not in the favor of a group of people who share certain characteristics.

It is the type in which you are being treated unfairly because you are pregnant, you have given birth recently or you are breastfeeding. According to the pregnancy law, when a female has given birth or she is breastfeeding, she is protected against unfair treatment for 26 weeks. If you are treated unfairly after 26 weeks of giving birth, this treatment will fall in the category of gender discrimination.

Absence from work because of gender reassignment

It refers to the situation when you want to change your gender, you already have changed your gender or you are in the process of changing it. You might want to take leave from work because you are attending the counseling sessions or you have some medical appointment. During the period of absence from work, you will be protected against discrimination by the employer. In case a person is taking off because of the gender reassignment, according to the UK Equality Act 2010, the employer is not allowed to treat the person less favorably or even worse.

Discrimination connected to your disability

Unfair treatment resulting from the disability, not particularly the disability itself but connected to the disability is even a form of discrimination. Here are some of things that might be connected to disability: restricted diet, regular rest breaks, toilet breaks, difficulty in using public transport, regular medical appointments, needing computer specialist equipment, needing an assistance dog, speech problem, moving difficulty and behavioral issues. Discrimination can occur if you are refused of a service due to any weakness related to disability.

In case a group of disabled people are facing troubles, the organizations such as schools, shops, local authorities and employers are bound by law to take positive steps for removing these barriers. This is necessary to ensure that they get the same services as any individual who does not have any disability. According to the law, adjustments are to be made on the basis of education, housing, employment, associations & private clubs, goods & services such as council offices, banks, leisure centers and more. Adjustments are necessary and reasonable in case you are disabled and the person is asking for adjustment to overcome the disadvantage he is at. Organizations are required to make changes on the basis of the way things are done i.e. changing a policy that is not in the favor of the disabled person. Making changes on the basis of physical feature for example if the building is difficult to access, you may be required to provide stairway lifts to the disabled to help them in reaching the top floor. The adjustment can be in the form of extra aid or services too like offering extra assistance, BSL interpreters, providing CDs etc.

It is of course sexual in nature and the incidents might leave a person humiliated, offended and degraded. It can violate the dignity of a person and make him/her feel inferior. It might come with promises and threats, making the other person feel vulnerable.

It is the condition in which a person receives unfavorable treatment as a reaction of the discrimination claims of a person. For example, in office, treating a person in an unfair way or excluding him from different activities until he decides to quit the job on his own.

There are tons of examples in front of us that show how people are treated unfairly despite the presence of discrimination law. For example, you are deaf and you have an interview at the police station. You might use BSL as your first language and you will need an interpreter to communicate with the officer. Due to your disability, you are at a disadvantage as compared to a person who is not deaf and who can easily communicate in English. According to the act, the police officer is required to make reasonable adjustments for you. He is bound to use the BSL interpreter for interviewing you.

Another example is of a direct discrimination on the basis of gender. Youth clubs in most cities of UK have different opening timings for the black communities and Asians. This policy has been made deliberately for avoiding trouble between the communities. Although the intentions are not bad but it is still considered to be an unlawful.

There are plenty of more examples, some are severe and some common. Laws are here for the protection of the citizens. The Equality Act 2015 is one of them which is meant to prohibit unequal treatment on the basis gender, gender identity, sexual orientation and other issues. 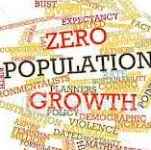