Make no mistake about it most employee want to conduct themselves in a manner acceptable to the company and to their fellow employees. Occasionally problems of absenteeism poor work performance or rule violations arise. When informal conversations or coaching sessions fail to resolve these problems formal disciplinary action is call for.

Employee discipline is the final area of contract administration that we will consider. Discipline is indispensable to management control. Ideally it should serve as a corrective mechanism to create and maintain a productive responsive workforce.

As an alternative some companies are experimenting with a technique called “positive discipline“ on its face it sounds a lot like traditional discipline dressed up in euphemism. It works as follows employees who commit offenses first get an oral “reminder” rather than a “ reprimand” then comes a written reminder followed by a paid day off- called a “ decision –making leave day.

These arguments for not imposing punishment are persuasive. But evidence also indicates that discipline that is punishment) may be beneficial “consider the following.

Many firms both unionized and nonunion zed follow a procedure of progressive discipline that proceeds from an oral warning to a written warning to a suspension to dismissal. However to administer discipline without at the same time my create resentment by the discipline employees. Managers should follow what Douglas McGregor called the red-hot-stove rule” according to that rule discipline. 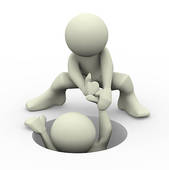