Like Soviet Russia the political system of China is also unique in the sense that it is characterized by one party which is the communist party of China CPC, under the leadership of Chairman Mao and Marxist and Leninist thought as its guiding and controlling force. It plays a very pivotal role in the- political setup of the country. It is the real ruling power and the various government agencies arc the mere instruments, which carry out its policy. China is a socialist scat and the Communist Party of China is its sole political party which controls entire political system of China, governs the country, regulates socio-economic and cultural life of the country and ensures continuance of people’s dictatorship in China. The communist party not only holds strong position in national but also in international affairs.

The Communist Party of China Role and Controls

Though the constitution of the People Republic of China does not emphatically and clearly declare the supreme position of the Communist Party of China, yet in practice, the party exercises complete control over the machinery of the government. As in the Soviet Russia, the Party is the real ruling power and various agencies of the government are in fact, the mere instruments, which .carry, act its policy.

The Party controls the work of the government directions “to state as to the nature and orientation of work” and by selecting and promoting “loyal and competent party as well as non-party cadres to work in the organs of the state”. The fact is that the major questions of policy, whether national or international, are first decided by the China communist party and then announced and implemented by the state organs. The party occupies the position of paramountcy not only in the legislative and executive branch of the government, but also in the judiciary. Thus every organ of government is under its control and nothing can be done either without its consent or against its will. The persons who control the party, also control the various government agencies.

The National People Congress, the Standing Committee, the National Defence Council and other agencies of government are all dominated by the members of the Communist Party. These members do not exercise their voting right and their powers according to the dictates of their conscience, but in accordance with the dictates of the party.

Organization & Basis of the Communist Party of China

Like other communist countries, the Communist Party of China is also based on the principle of democratic centralism. The members of all its organs at-all levels are elected by the organs immediately lower to them. The National Party Congress is the supreme organ of the party. Its members are elected by the local organs of the Communist Party. The National Party Congress elects the various committees, which run and control the whole party machinery.

The second one is the Secretariat, which has 6 members and 3 alternate members. The members of the Politbureau and Secretariat are elected by the Central Committee. The Secretariat is now headed a General Secretary as the post or the Chairman of was abolished in 1982.

The Central Committee also elects one commission known as the Control Commission of the Central Committee. It has 17 members and 4 alternates. It upholds the discipline of the party. Below the above-mentioned organs of the party we find party organization in provinces, autonomous regions and large municipalities, which are directly under the central government.

Organization at each of these levels corresponds to that of the central level. The lowest organ of the party is the cell “It usually has about 20 members working in the same form, factory, army unit, government office etc. Cells arc found in various non-party organizations also.

Through the vast organization of its own and with the help of the various other organizations, which are practically controlled by it. The Communist Party of China directs and controls the army, the government. The mass political organization and in fact, every element in the extra­ordinary extensive political apparatus of the People Republic of China. 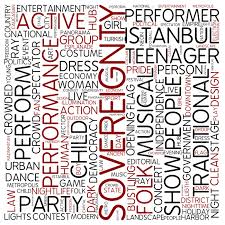