Kinship is a universal every society of the world but the classification will be different. Kinship is a network of relatives, associated by common ancestors, affinity, adoption and marriage through kinship we are able to recognize and identify the relationship that exist within the family. Kinship is a network of social relationship in which the rights and duties of relatives to one another are determined through social usages. The terms used in kinship may be different from society to society. For example in one society the husband of mother may call as papa or pita. So, in every society kinship may exists but the terminology would be different. Kinship is a term which is used for the degree of relationship of an individual to other people.

Different anthropologists and sociologist has defined the term in various ways.

In simple words kinship may be defined as, “a system of biological relationships, sexual union or that of descent is called kinship”. 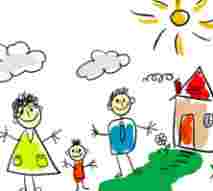