Plato’s concept of the ideal state is only an idea. It is an idea that cannot be applied. It is only an interesting story. State is to serve human beings and not to engulf their individual status. His ideal state demands sacrifices only. It is a hollow scheme of the grand political philosopher of the then glorious Greece.

Self-contradictory and Half Communism

The main principles of his ideal state are mutually different. On one side, he says about justice and equality while on the other hand, expounds communism that is to deprive the two classes from the private ownership and natural family life. Further, the majority professional class is free of communism. It is clearly against the concept of justice and equality. So, his concepts of communism and justice are colliding with each other. Temporary marriages and nationalization of all the means of production are not natural and are against human nature.

Plato’s classes in the social life on the basis of functions are impracticable. These classes are the result of education system. Learning capabilities may change from time to time while likes and dislikes are also not fixed. He reserves the ruling chairs for the philosophers that mean he prefers intelligence but ignores characters. It is not must that a philosopher an intelligent person or highly educated person will be a man of good moral character. He even bans character-building elements like arts and literature in his ideal state.

Plato presented a detailed scheme of education but his educational plan may be criticized on the grounds that he gave undue importance to music, logic, games and philosophy. He ignored the important disciplines like Law, History, Psychology and physical sciences etc. His steps of education are very tight and age wise. He fails to understand that learning capabilities vary with the change in age and environment.

Platonic theory of justice may also be criticized. His concept of justice is not clear and colliding with his other concepts of ideal state. Fie believes in non-interference of individuals but person is a social animal and his civilized social existence is in need of interrelations and interference. The three classes cannot remain separated. Plato himself says that justice is to give what is due. A rifle is due to a mad but can we allow him to have a rifle?

Plato is wrong to say that the ruling power be specified for the philosophers because philosophy produces the men of thinking only. A. philosopher cannot face the sudden crises. His concept of rule of the philosophy is against the human nature, democracy, equality and liberty etc. A ruler is required to study law, finance, history and economics etc.

Plato favored absolute monarchy. He gives the ruling power to one or few and not to law. Plato’s absolute monarchy is the monopoly of a particular class to rule the state and the remaining people are nothing but have been considered to be ruled. State is for serving people and its rulers must be the representatives and servants of the ruled.

Nothing about the Abolition of Slavery

Plato in his ideal state is silent to reject slavery. He sacrifices humanity and advocates human services for the state and not in the benefits and interests of the people. So, he himself is against the human equality and liberty.

Plato fails to provide any constitution for his ideal state. There is no systematic structure of legislature, executive, civil service, local government, human rights and political parties etc.

Although Plato political idea is composite of realities and utopia but despite the above negative points, Plato ideal state concept plays very important role in politics. His concept of justice and communism are applicable thoughts. His concept of state is useful for the students of political science even today. This is the reason why it is the part of academic course. 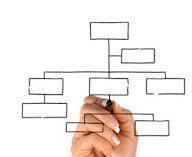