The establishment, expansion, maintenance and acquirement of a colony in a territory using the political power of another territory is known as colonialism. It can also be referred to a set of unfit relationships between a colony and colonial power. According to Merriam-Webster Dictionary It is “something characteristic of a colony” and “control by one power over a dependent area or people

What are the Effects of Colonialism?

Today, conflicts are found in many areas of the world which were once colonized by the Soviet powers. The source of these conflicts lies in the past colonial policies and the treatment of native populations. The uneven distribution of land, wealth, infrastructure of the local government and non-democratic system of the government lead to these conflicts. To elaborate the problems and the effects of colonialism over these societies,  you must read the points listed below:

The western colonial expansion started in the 15th century when the Portuguese and Spanish conquered the lands in America and West Indies. This continued for 400 years and ended by the First World War. At that time the western powers were encouraged by their own desires to acquire new lands. They colonized Africa, many western areas and some parts of Asia. During this time, the Soviet powers formed new colonial provinces. They did this for the people who were living in the new areas. The population which has no name was considered extinct at that time. It was forced to unify under a single national identity. These newly made colonies were controlled using violence and the implementation of imperialist policies.

The effects of colonialism lead to some inflexible conflicts which are found in many areas and which were colonized by the Soviet Powers. Most of these conflicts were due to human rights to good governance, imperils policies, violation of human rights and lack of good governance. In order to resolve such issues, we should take account to the previous practices in the past and try to mend they introduce a new colonial system.

Settler Colonialism. These colonies for example Canada, Australia, New Zealand, Hungry and Thailand these were established by large number of migrated people from other homelands. The basic motivation behind large scale immigration is political economic and religious reasons. Colonialism today would be called illegal immigration and crime.

Exploitation Colonialism. These refer to the colonies where the colonizer were not immigrants but played the role of administrators over native people. The good example is Egypt, British and Japanese Empire. Here colonizers administrators focused on ingenious resources both for labour and material.

Common examples of this type of movement are modern western colonialism and colonialism in Africa which began in the 16th century. The French colonial empire and the most popular pith helmet which is known to be the icon of colonization is a major example.

There are many advantages of colonization. The main advantage is total control over the condition of being colonial. The countries which are colonized were mostly African. This is due to the way the people lived and behaved in those regions. In order to civilize them and make them able to understand their religion and culture, they were forced to be colonized. When we talk about postcolonialism then we come to know that it was important to be implemented back in the 16th century because the people were to be made civilized and educated about the human rights and how to live a punctual life.

When we talk about colonialism vs imperialism, we come across some of the disadvantages of colonization. One of the main disadvantages is the loss of culture. The heritage of different territories died due to its implementation. Being civilized is not a crime but defying the cultural and traditional heritage of a society is a big crime. Africa is one of the biggest areas which has become a victim of colonization. Implementation of this rule was devastating for the Africans. The tradition and culture of this area died and many rivalries began after the application of colonies. The implications of this can be seen today too. Now you can see that in the modern world there are many colonies and still there are many things which have not been sorted. Some even say colonization is not beneficial for the growth of a society. 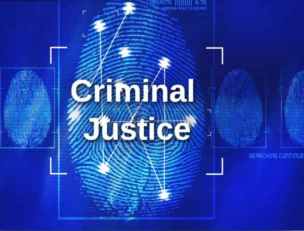